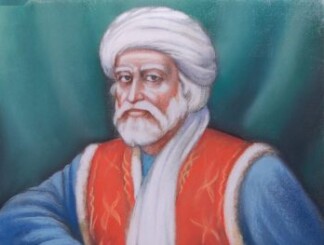 The event was organised at the Arts Council by the Pakhtoon Thinkers Forum (PTF).

Prof Sehar Ansari said Ghani Khan (1914-1996) and Khushal Khan Khattak (1913-1689) were national heroes of the Pashtuns. “Though Ghan Khan has died physically, he is still alive ideologically and will remain alive.”

Prof Ansar said no stone would be left unturned for propagating the thoughts of the two poets.

Prof Abaseen Yousafzai said Khattak was the father of Pashto poetry. He said Khattak’s political, social and literary contributions were not limited to Pashtuns, but he also had contributed immensely towards universal thought. The poet had condemned negative tendencies and never supported the subjugation of others through power, he added.

Khan was not only a poet, but also a philosopher whose work could lead society in the right direction, Prof Yousafzai said. It is high time the Pashtuns focused on conserving their rich art culture and literature, he said.

Prof Dr Raj Wali Shah Khattak, for head of the Pashtu Academy, University of Peshawar, said Khan and Khattak were both politicians and poets.

Khan was the best sculpture, but his sculpture-making potential was not highlighted much. He said that no Pashtu poet earned the kind of popularity like Khan and Khattak did. “People like Khushal Khan Khattak are born once in a century.”