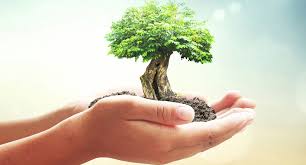 Lahore: The Lahore High Court on Tuesday directed the Lahore Development Authority (LDA) and Environment Protection Agency (EPA) to make a policy for mandatory tree plantation by housing societies and their residents.

Hearing a public interest petition pertaining to environmental pollution due to felling of trees, Justice Jawad Hassan observed that the government should not issue NOCs to new housing societies unless they implemented the mandatory tree plantation policy.

The judge further observed that residents in the housing societies should be allowed construction with mandatory plantation of two trees each plot.

Earlier, a report submitted on behalf of the EPA stated that over the past five months, 19 brick kilns and 489 metal melting units had been sealed while 57 FIRs registered against the culprits.

It further stated that as many as 25,313 trees had been planted during the last five months to implement clean and green Pakistan initiative.

In his arguments, petitioner’s counsel Sheraz Zaka said Lahore, Faisalabad and Gujranwala were becoming most polluted cities in the world as industrial units had been established in residential areas and the EPA failed to take action to the effect.

Justice Hassan directed the secretary environment and DG EPA to take action against the industrial units established in residential areas and submit a report on May 30.

The judge observed that the government had failed to implement its clean and green Pakistan initiative and to enforce fundamental rights of citizens against environmental hazards.

The petitions already pending adjudication before different benches of the LHC challenged legality of section 3 of Punjab Prohibition on Manufacture, Use, Sale and Import of Polythene Bags Ordinance 2002, which allows manufacturing, sale and use of polythene bags below 15 microns thickness. Advocate Abuzar Salman Niazi and another moved the petitions.