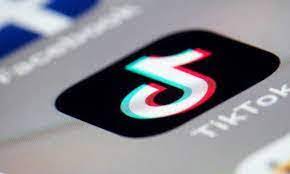 PESHAWAR: TikTok, a popular video-sharing app, has blocked around 9.8 million objectionable videos and around 720,000 accounts for uploading them in the country, the Peshawar High Court was told on Tuesday.

A bench consisting of Chief Justice Qaiser Rashid and Justice Syed M Attique Shah directed a counsel for the Pakistan Telecommunication Authority (PTA) and some of its officials to continue tracking objectionable material on TikTok and produce the progress report.

It was hearing a petition jointly filed by 40 residents of Peshawar, who sought orders for the respondents, including PTA and Federal Investigation Agency, to ban TikTok to the extent of the violation of the constitutional provisions, which don’t allow acts contrary to Islamic code of life.

The bench fixed Sept 22 for the next hearing into the petition.

Advocate Jehanzeb Mehsud, PTA director (technical) Mohammad Farooq, assistant director (legal) Jawad Akhter and assistant director (vigilance cell) Mukaram Khan appeared before the bench and said for the first time, the TikTok company had hired a focal person for Pakistan, in the light of earlier orders issued by the court and that he was based in Islamabad.

They added that the PTA had been in contact with the company and informing it about objectionable material uploaded on the app.

The director (technical) said the company had also increased the number of moderators from 116 to 476 to monitor the objectionable and indecent material uploaded on TikTok. He said those moderators had been supervising TikTok content.

The PTA’s counsel said the PTA was in contact with different countries about development of any such device of filtering objectionable material before its uploading, but so far no such devise had been invented.

He said it was technically impossible to filter a video before it was uploaded and that even other countries didn’t have that technology.

The bench observed that the PTA should continue with the efforts already it was making.

The chief justice observed that the court didn’t want to ban the TikTok service in the country and it was only interested in the introduction of a mechanism to stop the uploading of indecent material on it.

He added that the court would appreciate if TikTok was used purely for entertainment purpose but it won’t allow indecent and un-Islamic videos to be available on it in the country.

In March, the court had banned TikTok service in the country leading to the blocking of the people’s access to the video-sharing app. The ban was lifted on April 1 with the court asking the PTA to ensure that no immoral and obscene contents are uploaded on it.

Lawyers Sara Ali and Nazish Muzaffar appeared for the petitioners.

The petitioners said the contents shared on the app violated constitutional provisions guaranteeing social and moral wellbeing of citizens.

The respondents in the petition are the federation of Pakistan through the interior secretary, ministries of law and justice and information, PTA chairman, Pakistan Electronic Media Regulatory Authority through its chairman, and FIA’s Cybercrime Wing.