According to initial reports, two policemen and a channel staffer was injured in the grenade attack.

While on Friday, unidentified gunmen had attacked a DawnNews Digital Satellite News Gathering (DSNG) van in the Essa Nagri area of Karachi, leaving one staffer injured.

The attack was widely condemned by all sections of society and journalist organisations had announced protests.

Sindh Chief Minister Syed Qaim Ali Shah had condemned the attack in strong words while claiming that government will bring the culprits to justice as soon as possible while Sindh governor had assured that the journalist community will be provided security at all costs. 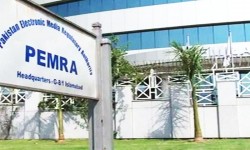