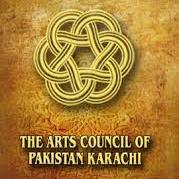 Karachi: Why no one has ever heard of a poet turning into a target killer? Why a playwright is never caught and charged with terrorism? And why do you never find a novelist committing violence and brutality?

Dr Muhammad Qasim Bughio, the chairman of the Pakistan Academy of Letters (PAL), raised these questions while speaking on Friday, the first day of a three-day national literary conference on the role of literature and authors in creating a peaceful society being held at the Karachi Arts Council from Friday to Sunday.

He answered these questions himself, saying that literature had a deep role in carving out peaceful and tolerant mindsets which could erase the elements of hatred and bigotry from peoples’ minds.

“The literary scholars and authors play a vital role in helping the society innovate and move forward in the fast-moving world,” he said. “It requires a lot of knowledge to write even a single book. Even a poet, who writes a couple of lines as a stanza, puts his profound knowledge and diverse experience to produce a new thought with a unique diction.”

Bughio informed the audience that the PAL was found in 1976 with a purpose to promote literary activities and provide a shelter to the writers’ community. He lamented that in the past some civil servants and politicians had run the organisation to serve their personal and political aims.

“It is an autonomous organisation which works under the ministry of education. I am determined to serve the association in achieving its real goals,” he said. “We will gather poets, playwrights, novelists, authors and intellectuals to set a great stage where they can air their ideas to help the society progress, and communicate their concerns to administrative authorities.”

Describing the purpose of the conference, he said May 1 was intentionally selected to highlight ‘pen-labour’ because writers these days struggled a lot to earn their bread and butter.

He said renowned poets and literary scholars from all over the country would attend the conference to share their poetry and thoughts.

He thanked the administration of the Arts Council for helping in arranging the conference and informed that the event will also be held in other provinces as well.

Amar Jaleel, an author, said he had been expecting the presence of Sindh Chief Minister Qaim Ali Shah during his speech in the hall.

“I have been watching television talk shows where our politicians tell us everything they want to share. I was expecting to make chief minister listen to my views today but he has not arrived yet,” he said.

He believed that violence was not imported from anywhere but it was a result of bad governance and lack of vision.

“We are here to promote peace but I don’t know if it is practically possible or not,” he commented. “Peace and tranquility cannot be promoted in society overnight. It is an evolutionary process which needs decades of general consensus to achieve it.”

Appearing at the event with Karachi Commissioner Shoaib Siddiqui, when he finally made it to the event, Qaim Ali Shah, apologised for being late and said that he had not been informed of the exact timing.

“I left all my work and managed to alter my schedule to come here as I know the importance of this event in promoting peace in the country,” he said. “The pen is more powerful than arms and ammunitions. I congratulate the PAL for arranging this ceremony which will surely bring a positive impact in the near future. I will look into the suggestions and concerns that I will receive from here.”

Talking about the city, he said the on-going operation had brought positive results and the number of criminal activities had gone down.

He said that he had written a letter to the chairman of Pakistan Cricket Board to arrange a match in the National Stadium since no event had been scheduled in Karachi during the Zimbabwe team’s tour to the country. 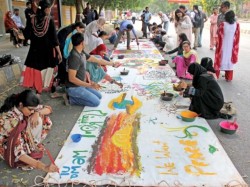 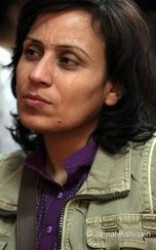