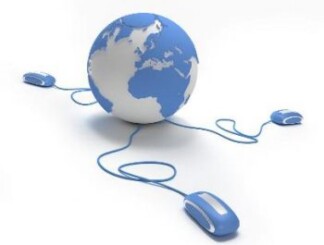 Worrying accounts of online abuse faced by women in Pakistan have been revealed by human rights organisation and Information and Communications Technologies (ICTs) think tank Bytes For All. According to them the threat against women being made prey to online stalkers and blackmailers is real and very dangerous. They have given examples ranging from online campaigns targeting women and instigating rape and murder to blackmail online, forcing women to succumb to gang rape and torture in reality. Deceitful boyfriends threaten young girls with damning video evidence of ‘immoral’ behaviour if they do not submit to such vile acts of abuse. Bytes For All is critical of the way online social media sites have handled such situations by not removing objectionable material and male users fast enough to resolve the plights faced by female users. The threats are grave and the fear many women face in a society horribly stifling is enough to make them give in to the threats posed by such monsters online.

However, while this kind of abuse and cyber bullying can be found all around the world, especially against women and children, this issue takes on added depth here in Pakistan where women have been suppressed and silenced, where their ‘honour’ makes their every move suspicious, and their status that of mere sexual objects. The online world allows many women in our part of the world a form of release where they can break down socially constructed taboos and barriers. However, with all the pros online connectivity can provide, there is a dark side too, one that is prowled by men looking to exploit female online users because they do not know any other way to treat them. Men in Pakistan are conditioned to treat women like cattle, good for only one thing. That is why much of the abuse and blackmail levelled against women in the cyber world is of a sexual nature. Society here has suffocated both genders, where mixing of the sexes is considered unacceptable by a large section of the public. This has resulted in a sizeable part of the male population ending up in a frustrated state. Unhealthy misogynist attitudes result and men know no other way than to debase women they find to be ‘dishonourable’ enough to have a persona online.

Whilst the work being done by Bytes For All is commendable, we still have a long way to go before our primal attitudes towards women change. *