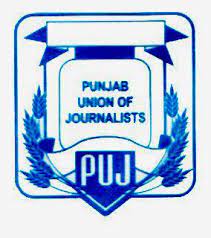 LAHORE: The Punjab Union of Journalists (PUJ) has termed the incident of police brutality against Asghar Ali Jafri, President of Bhong Press Club in Rahim Yar Khan and correspondent of the daily Ausaf, as inhumane and cruel. PUJ demanded a Lahore High Court (LHC) commission to investigate torture of journalist.

PUJ President Qamar Zaman Bhatti and other office-bearers of the union condemned the incident as reprehensible and have asked the Punjab Chief Minister Usman Buzdar to take notice of the matter as police officials, PPP MPA and Wadera Rais Nabeel were active in rescuing the police personnel involved in the incident. They called upon the CM to take action against the police officials.

This incident has brought to the fore the fact that police exercise undue power to oppress the poor and helpless people. Even if he is a journalist, he is made an example by the police, a statement issued by the journalists’ union said.

Journalist Asghar Ali Jafri who has been brutally tortured, is being pressurised and a so-called panchayat is being set up to try to cover up the whole matter, said the statement issued.

Bhatti has demanded from PPP Chairman Bilawal Bhutto Zardari to take notice of MPA Rais Nabeel’s conduct in this case and clarify his party’s policy on freedom of press. Shortly before this, a serious attack on the freedom of press came from the Punjab Assembly in the garb of Punjab Privileges (Amendment) Bill under which journalists are liable to imprisonment and fines.