Facebook was founded on February 4, 2004 by Mark Zuckerberg with his college roommates and fellow Harvard University students Eduardo Saverin, Andrew McCollum, Dustin Moskovitz and Chris Hughes. One wonders why the name ‘Facebook’ was chosen by these brilliant minds despite the fact that this online community has nothing whatsoever to do with the dying culture of books. The feel of a book, its smell and the simple pleasure of holding it in one’s hands are something very few can appreciate. With changing times, the habit of reading or writing has become extinct. If by chance anyone is spotted reading a book, he is labeled a ‘fool’ wasting his time.

I always compare Facebook with a fridge. Even when one knows there’s nothing new going on there, one still goes and checks it after every ten minutes. Weird, isn’t it? Once a friend of mine, whose wife was on the verge of death in a hospital, asked her what her last wish was. “Nothing more,” she replied, “I just want to check my status on Facebook.” He fulfilled her last request before sending a congratulatory Facebook message to his anxiously waiting new bride-to-be. One should feel sorry for him; as Albert Einstein put it, “Insanity is doing the same thing over and over again and expecting different results.”

Facebook is a very lonely place to be, a place where we are all connected virtually but are still somehow alone. We spend all our time interfacing with technology but feel uncomfortable with real relationships. Connected, but alone! There is bound to be a backlash at some stage, since instead of being the masters of technology we have become its slaves. No doubt Facebook has made us much more closely networked than ever, but in reality we have become much more narcissistic, with the epidemic of loneliness making our souls and societies mentally and physically ill. What we need to understand is that a connection is not the same thing as a bond. As novelist Stephen Marche puts it, “Facebook is denying us the pleasure whose profundity we had underestimated: the chance to forget about ourselves for a while, the chance to disconnect.”

We have somehow adopted this social networking trend even when we are at places where emotional sensibilities should rule. Now we have Facebook addresses engraved on our gravestones. The sight of people offering funeral prayers while updating their Facebook status is not uncommon. It is another irony that people with hundreds of friends on social media end up in their graves with not more than a dozen people turning up for their funeral. But thanks to this medium of communication, the picture of the deceased is immediately put up by their relatives or friends with hundreds of people writing beautiful words while sitting comfortably at home sipping coffee. However, the saddest part is when people click the ‘like’ icon on these posts, thus virtually celebrating the departure of the lost soul with happiness.

Then there is the astronomical difference between the numbers of ‘like’ clicks for pictures posted by women as opposed to men. The situation becomes embarrassing when a very ordinary face attracts comments like ‘queen’, ‘beautiful’, ‘gorgeous’, ‘wow’, etc. Can someone post a pragmatic comment instead of this outburst of hypocritical praise? Once I got up the courage to post my honest thoughts; as a result I was un-friended within seconds. But on a serious note, why do we have to upload our pictures for others to admire? Isn’t it a sign of one’s inner hollowness and of being a complete idiot?

On Facebook we also have this weird tendency to display our social standing by telling the world where we travelled, what we ate, what we bought and what our future plans are. Even going to the washroom or apprehending the desire to conceive is celebrated with ferocious vulgarity. But times have changed, so has our social fabric. We have systematically destroyed those sacred places in the home that were the cornerstone of our moral and social values. The places where elders used to sit with the children have vanished and are replaced by devices. We all live under the same roof but are disconnected.

Technology is not a bad thing, it never was. What we have failed to realise is that human beings are not digital. They have feelings and emotions that require a physical touch, a human moment. While we dive into the sea of the social media revolution, we need to look at ourselves and see what we have become in this process of digitisation. Better human beings? Certainly not! 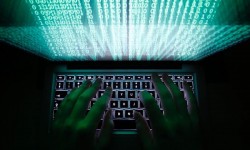