The killers of slain journalist Shan Dahar are still at large 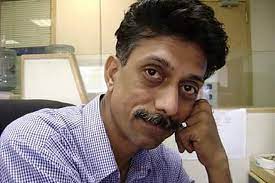 At the beginning of 2014, on January 1st Zakir Ali – also known as Shan Dahar –Bureau Chief of Abb Takk Television channel in Larkana district of Sindh was shot by armed men and taken to a local hospital where he remained unattended until he succumbed to his injuries. It has been seven years since the killers of journalist Dahar are enjoying impunity despite tireless efforts of the Dahar family and press freedom organizations.

By the time the medical superintendent got to the scene and Shan was transferred to Chandka Hospital in Larkana, the journalist had lost a considerable amount of blood. That, coupled with a gross lack of medical attention, cost Shan his life. Before he breathed his last, some nine to ten hours later, he alleged that the influential Zehri family was behind the attack.

Shortly before his death, Dahar had broadcast a story on drugs sales. Also, at the time he was killed, he was working on a report about the unauthorized sale of pharmaceutical medicines in the area, medications allocated by a local NGO for the poor were being resold illegally.

Sharing the details of incident with PPF, Fauzia Dahar, the sister of slain Shan dahar, said that her brother was shot in the back at 12:30 am in the midnight of January 1, 2014, and was taken to Chandka Medical College Hospital where he remained unattended by doctors deliberately because Shan was working on the illegal sale of medicines which were not for sale as a result, he succumbed to his injuries in the morning, nine hours later.

Fauzia believes that Shan was killed for his journalistic work as he was working on a number of incendiary stories at the time and had also received threats prior to the shooting.

During the nine hours that he spent at CMCH, Shan managed to inform his friends and family by telephone that Amir Zehri and Irfan Zehri had shot him in the back. She said that due to political influence by local powerful influential persons, police was reluctant to arrest the real killers.

Fauzia said that police had arrested more than 20 persons, except main two suspects, after the murder but later released all of them. She said that the then Sindh Chief Minister, Qaim Ali Shah had also promised to ensure the arrest of the killers and provide Rs1 million compensation and jobs to Shan’s children, but such promise is still a promise.

The case has been closed last year without any proper judgments like before. I am still looking for justice and demands reinvestigation without any influence, Fouzia told in recent conversation with PPF.

Zafar Abro, President Larkana Press Club remembers Shan as the “Symbol of Journalists”. He said that Shan was professional, passionate and hardworking journalist. He trained many journalists in the area. Journalists of interior Sindh can never forget Shan’s sacrifice.

The early investigation report submitted by Sindh Inspector General (IG) of Police declares the attack on Dahar was not targeted, but a result of stray firing during New Year’s Eve celebrations. But Dahar’s family and journalists colleagues firmly believe that Shan’s killing was targeted because of his stories on the illicit sale of medicines donated by NGOs in a local hospital.

Riaz Hussain Khushk, brother-in-law of Dahar submits a request to the DIG of Sindh Police on 24 February 2014 to reinvestigate the case. As the result of an investigatory committee established by the medical superintendent of CMCH.

On 19 May, 2017 a delegation consisting of the Pakistan Press Foundation and Dahar’s sister Fouzia Sultana met the Secretary of Home Department Sindh, Mr. Qazi Shahid Pervez to request a renewed and fully independent reinvestigation and punishment of the perpetrators. On his orders, the investigation was transferred to a new jurisdiction under Senior Superintendent of Police (SSP) Dadu, Hyderabad Range, Shabbir Ahmed Sethar.