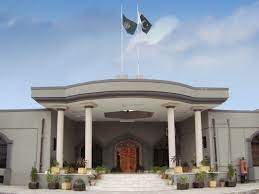 The Islamabad High Court (IHC) on Friday struck down the controversial Prevention of Electronic Crimes (Amendment) Ordinance, 2022, terming it “unconstitutional”.

IHC Chief Justice Athar Minallah issued a four-page order while hearing identical petitions filed against the controversial Peca ordinance and its section 20, which criminalizes defamation. The court had earlier reserved its verdict.

In the written order, a copy of which is available with Dawn.com, Justice Minallah said that freedom of expression was a fundamental right and reinforces all other rights guaranteed under the Constitution.

Free speech and the right to receive information are essential for development, progress and prosperity of a society, he said, adding that their suppression was “unconstitutional and contrary to the democratic values”.

“The criminalization of defamation, protection of individual reputations through arrest and imprisonment and the resultant chilling effect violates the letter of the Constitution and the invalidity thereof is beyond reasonable doubt,” the order stated.

Justice Minallah said the Peca ordinance was “promulgated in derogation of the Constitution and the fundamental rights guaranteed thereunder, particularly Articles 9, 14, 19 and 19-A”. The jurisdictional preconditions were also not in existence, he observed.

The IHC CJ declared the Peca ordinance and its promulgation as “unconstitutional” and struck it down.

He further declared “the offence under section 20 of the Prevention of Electronic Crimes Act, 2016 to the extent of the expression ‘or harms the reputation'” unconstitutional.

Section 20 of the Act states: “Whoever intentionally and publicly exhibits or displays or transmits any information through any information system, which he knows to be false, and intimidates or harms the reputation or privacy of a natural person, shall be punished with imprisonment for a term which may extend to three years or with fine which may extend to one million rupees or with both.”

Justice Minallah said in his order that the punishment for the offence was also “unconstitutional” and hence, both, the offence and punishment, were “struck down”.

Consequently, he stated, “proceedings against petitioners in connected petitions” were a “nullity and thus quashed”.

However, he added, the aggrieved complainants may “avail remedies provided under respective laws in the context of defamation”.

The judge said the federal government was expected to review defamation laws, particularly the Defamation Ordinance, 2002, and suggest appropriate legislation for effective implementation of the laws.

He also directed the interior ministry secretary to probe the conduct of officials of the Federal Investigation Agency’s cybercrime wing, “which led to widespread abuse of powers and the consequent grave violations of fundamental rights of citizens”.

Justice Minallah said that the secretary should complete the probe within 30 days after receiving a certified copy of the court order and inform the court registrar about the action taken against delinquent officials.

Peca was passed by the National Assembly in 2016 amid the opposition’s protest.

The PML-N, which was in the government at the time, had used its majority to bulldoze the controversial bill. The opposition, meanwhile, criticized the legislation for giving the executive what it called sweeping powers that could be misused against anyone and further curb freedom of expression in the country.

The legislation stated that parody or satire-based websites and social media accounts can be proceeded against on ‘spoofing’, which makes it an offence to run a website or send information with a “counterfeit source”. It also authorized Federal Investigation Agency officers to unlock any computer, mobile phone or other device that may be required for the purpose of investigating a crime or offence, and said that defamation would be treated as a punishable offence.

In November 2020, the Pakistan Tehreek-i-Insaf government framed social media laws under Peca, drawing criticism from digital rights activists, the Internet Service Providers of Pakistan and the Asia Internet Coalition, who had termed the laws draconian.

Among some of the most consequential changes to the Act was an amendment to Section 20 of Peca, which increases the jail term for defaming any person or institution from three years to five years.

Further, the complainant was defined as the aggrieved person, his authorized representative, his guardian in case he was a minor or “a member of the public in respect of a public figure or a holder of public office”. Online public defamation had also been made a cognizable and a non-bailable offence.

The definition of a “person” was expanded to include any company, association or body of persons whether incorporated or not, institution, organisation, authority or any other body established by the government under any law or otherwise.

The government’s move to amend Peca had drawn strong criticism from opposition leaders and media bodies, who said the measure was directed at curbing the freedom of expression and silencing the media.