The future of news is digital | Pakistan Press Foundation (PPF)

The future of news is digital 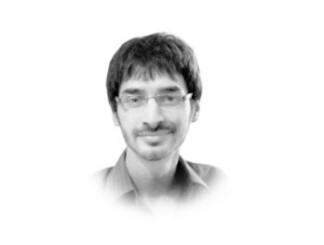 The mobile and tablet revolution is upon us, faster than we in the media industry can respond. News is becoming more social and more real-time. The future of news is conclusively digital and multiplatform. These are just a few of the key findings of the newly released Digital News Report 2013 by Reuters Institute.

Is Pakistan’s media landscape going to be impacted by any, or all of these global trends? Analytics seem to say yes, with mobile phones and tablets already forming a sizable chunk of daily visits to news sites including The Express Tribune and Express’s Urdu portal, with growth at a rate of multiple percentage points per month. A recent report by mobile survey company Ansr.io found that of the 30 million users online in Pakistan, 15 million have browsed the web using their mobile phone, while 11 per cent of 182 million page views in April 2013 were mobile visits.

This is good news for our media industry, for a number of reasons. For one, the Digital News Report found that “as people acquire more devices they consume more news in aggregate (time spent) — but also access news more often throughout the day.” For those worried that print editions will die a quick death, the report also somewhat encouragingly points out that across multiple countries measured, an average of 49 per cent of those who accessed news on a tablet said they also read a printed newspaper, at least, once each week. Claimed newspaper purchase (at least once a week) remained high — being strongest in Japan (68 per cent), Italy (59 per cent), and Germany (56 per cent) and lowest in France (39 per cent) and the US (42 per cent). If this holds true for Pakistan, in the next five years, we can expect digital to cause major changes in newsroom structures and workflows, possibly the downfall of a few who fail to adapt, but by and large, digital will only extend the range of options for readers, not replace traditional media for now.

Another finding of the Reuters report that suggests Pakistan is poised for a rapid digital media revolution is the fact that, “younger people are more likely to use social media and aggregator brands and in all countries they show a strong preference for online.” The report found that those under 45 cited the internet as their main source of news as well as their most frequently accessed source. Given that Unicef reports Pakistan’s youth bulge as one of the largest in the world, and the fact that mobile teledensity is 70 per cent of the population as of May 2013, it is likely that the big challenges that face mobile internet — including cost of smartphones and the ability to read — will be overcome very rapidly if young consumers are given half a chance and cheap Chinese-made smartphones.

We can also expect news brands to lose their role as gatekeepers of information as digital becomes more mainstream locally. The Digital News Report found that, “brands are being increasingly dis-intermediated by a growing range of pathways to their content. This is especially the case for light and occasional users and for younger users.” In other words, news brand are not the primary gatekeepers of information anymore. Whether the digital user is reaching a newspaper or TV channel’s content through YouTube, Flipboard, Google, Facebook, Twitter or any number of aggregators, what matters to him/her is finding the content they are seeking, with plenty of alternate options at hand. A seamless digital experience will, for many casual users, trump ‘good’ journalism in the future.

Whether our media deals with the digital revolution in a haphazard, adhoc manner or successfully strategises for a tumultuous future, as the Reuters report concludes, “the overwhelming message is that audiences increasingly expect news that they can access anytime, anywhere … clearly news brands still matter but a strong name and long heritage is no longer enough.”