The forgotten history of our women journalists

APROPOS of a report (March 14) giving an account of an event where awards were given to women journalists, I would say it was a commendable move. But at the same time I would like to point out that those mentioned in the report are not the ones to be described as the first few of most prominent of women journalists in Pakistan.

It is true that the number of women working in the mainstream media of both print and electronic is now fairly large as compared to the past. It is also a fact that in English newspapers and periodicals some known women journalists made their mark in the 1980s and 1990s. But there were many more remarkable women journalists, many of whom worked in Urdu newspapers and magazines but whose names are rarely mentioned.

How can one forget the star-studded team of Akhbar-i-Khawateen, headed by Musarrat Jabeen, that included Shamim Akhtar, Naushaba Zuberi, Tahira Husain, Talat Isharat, Sheen Farukh, Rehana Iftikhar and Shamim Ikramul Huq, who used their writing — from reporting to feature writings — for the cause of portraying women and related issues.

They touched those subjects which were otherwise neglected by the mainstream media. Many moons ago there was the duo Meher Kamal and Gaity Khalid, representing the world of wire service, whose contribution as women correspondents away from secured environments was simply unparalleled.

In the world of television there was one Samina Quresh who happened to be the first woman reporter who covered the first UN Women Summit at Mexico.

Again at difficult times, a colleague of hers broke all barriers to become the head of a news division in the state-controlled Pakistan Television.

On the programme side, such names as Raana Sherwani, Shama Hamid, Soofia Latifi, Munawar Toufiq, Moneeza Hashmi and Roohi Aijaz can still ring a bell for producing remarkable plays and programmes on the issues of women empowerment.

Trekking down memory lane, one also recalls the names of Zaibunissan Hameed, Zohra Karim, Bilquis Nasrullah who edited and produced their glossy paper magazines.
There was also a group of women writers, such as Saeeda Afzal, Raana Faruqi, Sultana Meher and Safoora Khairi, representing that segment of Urdu journalism which gave a voice to the voiceless and marginalised segments of the country’s women population.

Indeed, the history of women journalists’ contribution to the country is rich and noteworthy which should not remain restricted to a few names that have become known in the last couple of decades. 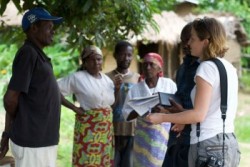 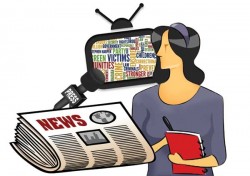 A long way to go 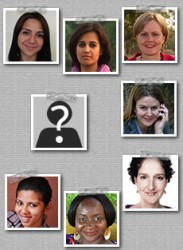