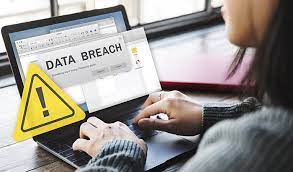 ISLAMABAD   – The foreign office has removed official internet facility “WiFi” from its premises in order to block the leakage of information and documents to social media. There were two main WiFi servers in new and old block from where internet signal has been disconnected. Each floor of the foreign office has WiFi facility which has been disconnected as internet facility to main servers has been removed. However WiFi facility to executive floor where foreign minister office, foreign secretary office and main conference hall are located would remain active but with password which is only with the top administration officials. There are also reports of blocking of whatsapp facility in the ministry,  however when contacted,  foreign office spokesman Asim Iftikhar Ahmed said there is no ban on use of whatsapp in the ministry as officers are using this facility for their day to day official communication. However, he said, WiFi facility has been discontinued long time ago. Over the past many months there have been incidents of leakage of official documents and memos from the foreign office to the social media which caused embarrassment for the foreign ministry.

The administration wing of the foreign ministry has also issued memo to all employees to discontinue using the social media accounts which could leak official information.