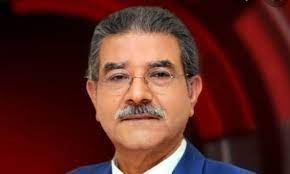 The Federal Investigation Agency (FIA) has initiated an inquiry against BOL anchorperson Sami Ibrahim for allegedly transmitting “anti-state” videos and statements on various social media platforms. Surprisingly, the inquiry was initiated under the controversial Section 20 of the Prevention of Electronic Crimes Act (Peca) 2016, which was struck down by the Islamabad High Court (IHC) last month.

The FIA, in a press release issued on Sunday, accused Ibrahim of being “involved in spreading fake news regarding state institutions”.

“He has made imputations which are glaring attempts to incite armed forces personnel to mutiny. He has attempted to create chaos in Pakistan through media while staying abroad,” it added.

Ibrahim is a TV anchor and has interviewed a number of high-profile figures, including former Prime Minister Imran Khan.

The FIA said he would have an opportunity to defend himself in the inquiry which would be closed if he ably defended himself. Otherwise, the press release said, if the offence was made out then a case would be registered against him and he would be arrested and prosecuted in court.

The press release said that an Interpol red notice would be issued for him since he was abroad and his name would be placed on the Exit Control List (ECL).

The FIA further cautioned Pakistani-origin expatriates against “spreading chaos” in the country while abroad and warned that their social media posts must not be “offensive or seditious” otherwise action would be pursued against them.

The watchdog also issued an attendance notice to the anchor which ordered him to appear at the FIA Cybercrime Reporting Centre in Islamabad on May 13 (Friday) at 11am to record his defence, otherwise it would be assumed that he had nothing to present in his defence and procedure under Section 174 (non­attendance in obedience to an order from public servant) of the Pakistan Penal Code (PPC) would be adopted against him.

The attendance notice mentioned the state as the complainant and said the inquiry was registered on May 6. It said the inquiry was being initiated under Section 20 of the Prevention of Electronic Crimes Act (Peca) 2016, (which had criminalized defamation), read with Section 505 (statement conducing to public mischief) of the PPC.

The notice said the anchor had intentionally and publicly shared an alleged video on social media in which “false and frivolous” allegations were made against senior government functionaries.

“Furthermore, you have built a narrative with ill intent to cause intimidation … and unrest between government officials/personnel of armed forces and the general public,” it added.

For his part, Ibrahim confirmed on Twitter that a case has been filed against him. He added that he had discussed the matter with his lawyer who had conveyed to the FIA that he was abroad and he would be returning to the country on May 14 (Saturday).

It is pertinent to mention here that the Islamabad High Court (IHC) last month declared the Prevention of Elect­ronic Crimes (Amendment) Ordinance as unconstitutional and also scrapped the Peca-2016’s section 20, which criminalizes defamation.

The FIA had sought Section 20’s restoration on Saturday by filing a petition before the Supreme Court to challenge the April 8 order of the IHC.

However, hours later Information Minis­ter Marriyum Aurangzeb announ­ced that the petition stood “withdrawn immediately” after journalists’ and media bodies expressed serious concern over the move and dema­nded immediate withdrawal of the petition.

The FIA spokesperson subsequently admitted that the appeal was filed without getting permission from the government, particularly the Ministry of Interior. “The appeal is being withdrawn immediately,” the official had confirmed to Dawn.