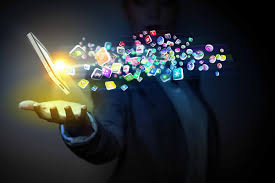 Bad is good. Crisis is renovation. Disruption is innovation. These are the fashionable terms being used to describe a future that is already there. In other words, virtual has become real. Having lived with the word virtual reality in the last decade, it is dawning on many people in the world, especially those living in the developing world, and more specifically those living in Pakistan, that reality is not virtual any longer. While digital revolution 4.0 or 5.0 may be the new themes to talk about in the circles of intellect and think tanks, the practitioners despite latching up on these concepts are wary and even reluctant to accept, own and implement these realities. Result-many industries are either disappearing or struggling for survival.

The Uberization of the economy has now not only disrupted traditional ride sharing taxi industry, but made many more industries vulnerable to the idea of software taking over human ware. The entertainment industry, food industry and media are all being challenged seriously for either adapt or be adopted dilemma. The fear of industry erosion only increases if resistance to change prolongs and alternatives to cash upon the opportunities the change presents are overlooked. The only way industry can last in its existing shape is if consumer behavior is static. Since that is not possible, remaining unchanged is impossible.

Consumers, especially the young ones, called millennials, are very different from the earlier generation and are in constant behavioural flux. Look at any household in Pakistan and you will see this scene in the evening. The television is on and acts as a background sound. Parents may be seeing it from time to time during their household chores, children are lounging around with Phones, IPads or computers in front of them completely oblivious of the sound and pictures of the big screen on the wall. Digital familiarity of the younger generation is almost by birth. One-year-olds can surf their favourite rhymes on IPads. Even in the poorer households the cheaper smart phone has made everybody hooked to the latest video going viral and being shared by the old and young.

The world has already witnessed the digital disruption especially in media industry. The Impact of Digital Transformation in the Media and Entertainment Sector report, produced by Econsultancy in partnership with Adobe, notes that an incredible 97% of media companies surveyed believe that the digital transformation has disrupted their sector. At the same time, only 44% see themselves as being part of the disruption and helping to lead the way to a new approach. This means 53% media companies are not proactive and are just whining and wishing the disruption to go away instead of treating this is an opportunity for leading from front. In Pakistan, the pace may be slow but the resistance to change is higher.

Let us see the analytics on social media trends in Pakistan. There are 47.5 million Internet users in the country. The country has 44.6 million mobile internet users. We have a huge base of 109.5 million mobile phone users. Out of 109.5 million unique mobile users, 32 million are accessing social network using mobile. 71% of users access the internet over a smartphone, while 8% use them via computer. 91% use Facebook via mobile. 77% are male and 23% are female Facebook users. This itself is an indicator of what consumers are using, viewing, reading, texting, messaging through. The younger you are the more time you spend on Facebook rather than read a book, the more you get your news on line, the more you click and text.

These analytics present both challenge and opportunity. The Ad spend on TV is still a lead spend in Pakistan but the traditional sources of spend are changing rapidly. For over a decade TV had become a newstainment talk show based Ad spend focus. For a long time prime time viewers were watching news shows rather than entertainment. This viewership attracted big political and corporate advertising. Government Ads were particularly attractive as their per minute airing was at a much higher rates than commercial advertisements. This attracted investment in the Electronic media industry in a big way. Channel after channel was inaugurated with a no-brainer business strategy. Get some prominent hosts who are brand names, copy the same format, the same content and get news audience share. This easy me-too approach created a huge stale clutter of programing. Complacency of major money coming from Government Ads made channels do what is a fatal guarantee, i.e., zero innovation and differentiation. They missed out on the viewer fatigue in the older segments and they totally ignored the millennial disdain of the electronic and print media. Government spend lulled them into a slumber before the storm.

Digital disruption is not all doomnews. It is an opportunity for the print, electronic and social media to combine and leverage its information base to create content. Never has the audience profile been so visible and so detailed to marketers. Social media analytics give an exact report on the number of people viewing the Ads or videos or programs, their age profiles, which news was read by which segment, what was the time spent and what were their comments. Such clarity of audience demands customization of content. The present standard content is and will become more and more obsolete. Already print media has combined visual online stuff with hard copy distribution.

The pace of disruption is fast and global in today’s world. The traditional life cycle theories suggested that innovation would start in the most developed world and trickle down in five to ten years in the developing and underdeveloped world. Social media has made these geographical distances irrelevant. A click is a simultaneous global spread of information. While Uber disrupted the traditional cab industry and created many more jobs for drivers the onset of the driverless car is going to disrupt the Uber model if it has not already started working on how to make driverless cars a model of revenue earning for those who do not want to drive yet make money. It is a case of viewing it as glass half full and not half empty. Similarly, in other industries, especially media industry, disruption should be viewed as the new norm and innovation as the new name of the business game.