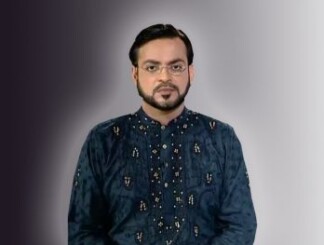 THE babies had apparently been found on a trash heap. The ensuing saga of the television show on which she was given away is well-known.

It made news not only in Pakistan but everywhere; CNN did a story and the BBC filmed a segment. The story of the giving away of baby girls, like a car or television or microwave oven, was something everyone could balk at, something that transcended culture and geography.

The show’s host, Amir Liaquat, defended his actions; the future ‘parents’ had been vetted, he insisted, and the point of the show was to impress upon viewers that an abandoned baby was a treasure, and not trash.

Underlying the outrage and sensationalism of the whole episode is the complicated issue of adoption itself. Under Pakistani law, guardianship is governed by the Guardians and Wards Act of 1890, a piece of legislation passed 124 years ago.

That is the law on the books, but Pakistan is a messy country and its complications dictate that things rarely proceed along the lines laid down by the law. Among the knots is that the law mandates guardianship, instead of adoption (guardianship of children ends when they attain majority).

In legal terms, this is not a problem; a guardian can enjoy all the same rights as a parent, and the child under their care is, like any biological child, their legal ward.

Arguably, guardianship even allows for greater flexibility since a guardian need not be a married person but any aunt, uncle, cousin, or stranger legally able to take on the responsibility.

The law then keeps ‘guardianship’ separate from ‘parenting’ and depending on the people assuming legal responsibility it can be the same thing as parenting, or completely different. The law doesn’t say which, and so society and the family can dictate the details of the nature of the relationship.

The complication lies at this juncture. The reason why the ‘guardianship’ concept exists as it does and allows for the breadth of interpretation that it does is because it runs into social taboos relating to the value of biological children over adopted ones.

In Pakistani society, where tribe, caste, creed and family belonging are of paramount importance, many if not most, pause at the idea of loving a child that is not part of the crucial imperative of propagating one’s genetic legacy.

As stigmatisation goes, religion is added to the mix. Fundamentalist and literal interpretations of Islamic law, such as those dictating that nursing a child is crucial to ensuring a chaste parental relationship, are used as additional curbs and discouragements. As in the case of all taboos, opposing arguments such as the Holy Quran’s repeated exhortations on the value of guardianship are easily forgotten.

The result is that in Pakistan guardianship has the reputation of an option for the hapless, the biologically flawed who must take on the abandoned progeny of others to make up for their own failure to procreate.

Even while these parents will love the child like their own, society at large continues to view them with pity.

In other cases, guardianship is the avenue of the magnanimous who will take on an impoverished child from a shelter or servant. This child is then raised with their own as an expression of their piety and benevolence. The child may be educated with their children, may even participate in family rituals, but no effort is made to disguise its status as different.

The lifelong burden of gratitude is the child’s to bear; after all, it could have been a baby on a trash heap were it not for the benevolence of the better endowed.

Undoubtedly, there are many other iterations of the arrangement, some better or worse than the above.

In focusing the discussion on these social norms, I hope to place emphasis not on the legal conundrums or the many examples of loving guardians who treat their children just as they would a biological child or even the practices of welfare institutions, but rather on social acceptance and treatment of adoption in Pakistani society.

It is only when the underlying social prejudices that Pakistani society attaches to adoption are dissected that the Pakistani understanding of adoption is exposed as an act of charity rather than an act of love.

At fault, at least in part, is the cultural obsession with genetic transmission that demotes adoption to something less or something wanting, but never as something chosen.

What follows from this constricted social perception is a pervasive lack of sincerity regarding adoption which consequently deigns that an adopted child must be eternally grateful to be loved in a way that a biological child would never be expected to be.

In a Pakistan clinging to the idea that biological belonging is the ultimate in ensuring love and loyalty, adoption and its children always seem to fall short in mediaeval measures of bloodlines used by society to evaluate them.

Crude as it was, Amir Liaquat’s television programme took a jab at this underlying prejudice. In placing a baby along with the bits and bobs of middle-class respectability that so many Pakistanis aspire to, it tried to raise the value of an adopted child to something more than a stand-in for the biological baby that could not be.

In Pakistan’s deeply commodified culture, putting the adopted baby with the coveted washing machine and much-wanted microwave became one crass way of saying that not everything needs to have lineage to have value.

The writer is an attorney teaching constitutional law and political philosophy. rafia.zakaria@gmail.com