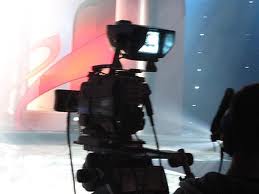 DERA GHAZI KHAN: The Jamiat Ulema-e-Islam-Fazl (JUI-F) chief, Maulana Fazlur Rehman, said on Wednesday that tension between the media and the state institutions was not good.

Talking to the media here, Fazlur Rehman said both the media and state institutions went beyond their limits to show action and reaction. He said the state and its institutions were like mother and father. He said the Pakistan Tehreek-e-Insaf (PTI) chief Imran Khan took several U-turns and his May 11 sit-in was not against rigging but something else.

Our Multan correspondent adds: Talking to journalists at Multan airport, Fazlur Rehman said he would resist the derailment of democracy at all levels and forums to save the country which cannot afford a military intervention.

The JUI-F chief said they did not want the indulgence of army in politics. He said that he had remained aloof from the government-Taliban peace talks because the government did not adopt the way suggested by the JUI-F.

The Maulana said powerful circles did not want reconciliation and the institutions must work professionally within the constitution. He said the presence of anti-Pakistan forces in Afghanistan was a threat to the region. “Economy has been affected by the law and order. The situation requires a revolutionary strategy to decide the fate of the country,” he maintained.

INP adds from Islamabad: Talking to media persons outside the Parliament House, Fazlur Rehman asked why Imran Khan does not talk about rigging in the whole country instead of four constituencies, adding that the media was giving unnecessary importance to the PTI chief. He said the condition of the country was better economically but it was not benefiting the common man.

He said along with Fata and Balochistan lawlessness was increasing everywhere in the country, and government must clear its strategy towards public relief.He said travel restrictions due to polio were not right. “Polio is not a contagious disease and ban on Pakistani travelling abroad has no justification.”

He said lawlessness was on its peak in the country and was increasing day by day and life of a common man was disturbed. Regarding loadshedding in the country, Fazlur Rehman said the situation of outages was getting worse and the government should take serious action to decrease the crisis.