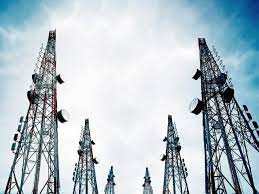 As expected, the country’s digital connectivity sector had an abysmal time last fiscal vis-à-vis foreign investment. As per the latest central bank data, the telecommunications industry’s foreign direct investment (FDI) tally had dropped significantly to a net outflow of $29 million in FY22, as opposed to $43 million in net inflows in the year-ago period. In that respect, telecoms, which was once the darling of FDI, had an even shabbier performance than the country’s overall net FDI growth of a humble 3 percent in FY22.

It used to be the case that one bad year for telecom FDI was followed by a better one (please refer to the accompanying illustration). But the pattern has broken in FY22, as it was a second consecutive year of decline. The negativity on the investment front has accumulated at a time when the operating environment has become increasingly challenging for most sectors of the economy, despite the relief that the businesses have been getting in the form of higher consumer spending at the tail-end of Covid-19.

The telecoms sector is especially vulnerable to high operating costs, as mobile network operators are managing business in a price-sensitive and largely low-income market. On one end, higher cost of fuel and electricity are diluting profit margins amidst lackluster topline growth for majority of mobile network operators (MNOs). On the other end, the PKR slide and much higher cost of capital due to rising interest rates (both in Pakistan and abroad) are affecting local-market valuations and sponsors’ group-level ROIs.

At least two MNOs have reported large operating losses lately. (For more on that, please refer to: “Telenor: at a loss?” published July 21, 2022; and also, “PTCL: deepening losses,” published July 19, 2022). Let’s see how the market leader has fared in recent months once its latest financials are released next week. Although MNOs have taken price increments in recent months, it appears that it may not be enough on its own to deliver profitability growth in this market just yet.

In the past, significant telecom FDI inflows have been associated with the government’s large-sized spectrum auctions (and more recently, with license-renewal-related proceeds). As those auctions have been unpredictable and follow fiscal imperatives, large FDI inflows from MNO sponsors have been random, too. The government has recently set up a high-powered auction advisory committee to oversee spectrum sale, but it is not clear at the moment when the next auction is being planned to be held.

Question still remains: in the current circumstances, can the government really bank on telecoms to deliver large FDI inflows in FY23 through a spectrum auction? Already, MNOs have been warning the government of their growing inability to provide reliable connectivity services due to load-shedding and unsustainable cost of running fuel-based back-up power. In that context, perhaps a more pertinent question is: what measures can the government realistically take in the near-term to ensure that MNOs’ business-continuity is not materially affected during the ongoing economic difficulties?