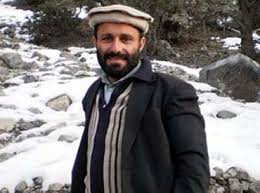 On the morning of 3 November 2015, one day after the International Day to End Impunity for Crimes against Journalists, journalist Zaman Mehsud was killed when unidentified gunmen opened fire on his motorcycle in Tank, a district in Khyber Pahktunkhwa province, Pakistan.

According to Reuters news agency, the Taliban claimed responsibility for the attack. Taliban commander Qari Saif Ullah said “We killed him because he was writing against us. We have some other journalists on our hit list in the region, soon we will target them.”

Mehsud, 38, was travelling from Gomal bazaar when unidentified gunmen opened fire near the Dabara refugee camp. The assailants who were also on a motorcycle managed to escape after shooting him.

Mehsud was a senior journalist associated with the Urdu language Daily Ummat and the SANA news agency. He was running his own twitter news account, “Gomel News”, and had served as president and secretary general of the Tribal Union of Journalists’ South Waziristan chapter. He was also a monitor for the Human Rights Commission of Pakistan.

According to local journalists, he did not get any threats and did not have any enmities with anyone.

The Pakistan Federal Union of Journalists (PFUJ) has condemned the killing of Mehsued and demanded the government take prompt action to arrest the culprits. The PFUJ leaders have called for a country-wide protest on Thursday [5 November] if the local police failed to arrest the journalist’s killers

The murder was also condemned by the FATA Journalists’ Association, the Human Rights Commission of Pakistan (HRCP) and many journalists’ unions.

Mehsud hailed from Mantoi area of Ladha in South Waziristan and was residing in Tank. He leaves behind his wife, three sons and two daughters.