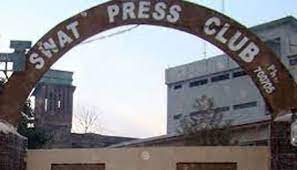 SWAT: Journalists here on Monday said the approval of the newly-amended constitution of the Swat Press Club with an overwhelming majority was a landmark achievement.

They stated this while speaking at the annual general council meeting of the press club, which formally approved the new constitution. The meeting was chaired by press club president Saeedur Rehman.

On this occasion, Mr Rehman said he was happy that the rift between journalists had ended and now the community was united for the first time in 20 years. “For the first time in the history of the press club, various measures have been taken for welfare of journalists. We had no proper constitution before; the journalists were divided and there were no funds for the press club,” he said, adding after the journalists were united the government released the annual grant and provided them facilities.

He also thanked the provincial government, the district administration and Pakistan Army for extending support to the journalists of Swat.

The journalists said the previous constitution had several flaws, which even allowed owners of newspapers to become full members of the press club.