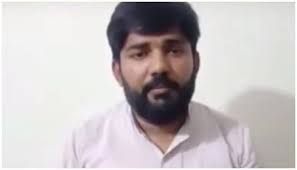 ISLAMABAD: A man allegedly behind the fake Twitter accounts run by the names of retired army officials has been arrested, Geo News reported on Wednesday.

Sources privy to the matter said the bogus accounts on the micro-blogging site were aimed at creating divide and differences among the officers of the Pakistan Army on a political basis.

While referring to the fake voice clips of Lt Gen (retd) Haroon Aslam and General (retd) Mirza Aslam Beg that were recently circulating on social media, sources said that such a forgery and fraud have become a business these days.

The authorities tightened the noose around the elements involved in creating a sense of division within the army ranks through this social media campaign.

In a confessional video obtained by Geo News, the suspect, Sadaqat Hussain — who is a resident of Sargodha — said that he has been running his Twitter account for almost 7 years. A political party leader Sardar Shahzad Ahmed Khan Maken approached him and subsequently, he was appointed by PTI social media team Tehsil Shahpur.

After this, Hussain was added to different groups and PTI Canada chapter’s information secretary Talat Kashif trained him about the social media trends.

The suspect said that the aim of the social media accounts was to create an impression that the retired army officers were supporting a certain political party.