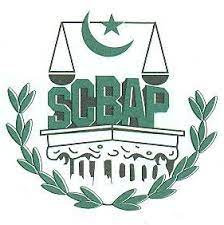 ISLAMABAD: The third Annual Asma Jahangir Conference was an attempt to bridge the growing polarization in society, the Supreme Court Bar Association (SCBA) explained on Tuesday amid a vicious campaign against the event’s organisers.

In a statement, the SCBA rejected the allegations made by certain quarters of furthering any agenda other than that of a progressive and democratic Pakistan.

The conference provided an opportunity to key stakeholders from the judiciary, lawyers, human rights activists, journalists, the government and the opposition to speak and listen to each other, the statement said.

“Freedom of expression is crucial for democratic progress and this requires giving space to and listening to critical voices and voices that we disagree with,” emphasised the statement issued under the signature of SCBA secretary Waseem Mumtaz Malik.

The statement explained that the SCBA co-hosted the Asma Jahangir conference with the Pakistan Bar Council and AGHS Legal Aid Cell.

The conference’s organisers blamed the state for blocking Mr Sharif’s speech three times, whereas the government’s side accused the organisers of providing a convicted person with an opportunity to address the event.

“No one was invited or given an opportunity to speak at the conference in violation of any law,” the statement said, adding that the Pakistan Electronic Media Authority banned certain categories of individuals from being broadcast on television, but no such prohibition was in place to stop them from addressing public gatherings in general.

The SCBA explained that the conference provided a platform to a wide cross section of Pakistani society to engage in a dialogue in the spirit of upholding the rule of law, fundamental rights and democratic values.

The SCBA said it was indebted in particular to the superior judiciary, the Chief Justice of Pakistan, chief justices of Lahore and Islamabad high courts, and other judges who graced the occasion and enriched the conference with their presence and insights.

The association believed that adherence to the law was a cornerstone of any democracy, the statement said, adding that the speakers were invited to the conference to give their views and kick-start important and sometimes uncomfortable conversations. The SCBA and Asma Jahangir conference did not endorse any speaker’s point of view but provided a platform to diverse voices across Pakistan on critical issues, it said.

“Freedom of expression is crucial for democratic progress and this requires giving space to and listening to critical voices and voices that we disagree with,” it said. “The SCBA and Asma Jahangir conference attempted to bridge the growing polarisation in society.”

The SCBA emphasised that the conference was a tribute to the legacy, vision and mission of Asma Jahangir, who was a leader and inspiration to all. “Ms Jahangir stood for freedom of expression and for fundamental rights even for her worse enemies,” the statement said, stressing that her stand was based on her unshakeable convictions and principles, and not on personalities. “She spoke up for the media houses and political parties that viciously attacked her in the past.”

The SCBA was also committed to her vision and would not be deterred and intimidated by vicious and baseless attacks, the statement said. “The rule of law, due process and constitutionalism present the only way forward for our country and the SCBA wants to play a constructive role in this journey while maintaining neutrality in partisan politics,” it added.