With every consecutive wedding season, the wheels of the bridal fashion economy start turning. This results in profitable gains for everyone related to the wedding industry, such as make-up artists, skilled craftsmen (kaarigars), jewellery designers, trousseau designers, event managers and the likes. At a time when the country’s economy is passing through a troubled phase and is at a low ebb, what could be more welcoming than the sound of cash registers going ‘ka-ching’ as autumn gives way to winter and the post-Muharram/Safar period heralds the festive shaadi season.

On a hopeful and cheerful note, the Winter/Festive 16th edition of the three-day biannual Hum Bridal Couture Week (BCW) saw the return of its main hair-care sponsor. As Hum Network Chairperson Sultana Siddiqui pointed out, in times when sponsors are hard to come by, its return signifies the event gaining ground as a stronger bridal fashion platform. Among fashion circles, it is widely believed that the exercise yields profitable returns for the participating designers, due to its widespread optics both at home and abroad, despite a pricey participation fee — which is higher than its counterparts. Needless to say, the BCW has gained a firm foothold in showcasing bridal trends and broadcasting it via its extensive network.

But with great power also comes great responsibility, and rather than pander to time-tested commercial themes, the organisers could encourage participating designers to explore and create new trends in shaadi wear. In the end, it would fight off brand fatigue and bling boredom, and could result in a win-win situation for both. Fine-tuning the nation’s aesthetics — as impossible a task as it may seem at the moment — could be the sweet-tasting fruit of such labour and a feat unaccomplished by even the country’s respectable fashion councils.

At the end of the day we all want a pat on the back for a job well done but what if we push the boundaries to experiment with the untried and untested, and boldly go where no one has gone before to earn the label of enterprising pioneers? Hum Bridal Couture Week is creating a stronger niche for itself but bridal fashion still seems to be more about celebrity-spotting than original design

Fashion where art thou?

Originality and genuine ideas in bridal fashion design generally remain vague, as does their interpretation into outfits because of rampant ‘inspirations’ (read: plagiarism). Outfit after outfit continues to be weighed down by similar-looking elements of bling that seem to have been showered on, rather that intricately needle-crafted, to spruce up bridal outfits.

The concept of ‘less is more’ continues to elude the masses who want (more) than their money’s worth when it comes to trousseau collections, to the point that the prospective bride gets lost under layers of make-up, embellishments or even overwhelmed by yards of fabric (case in point: Mawra Hocane in a show-stopper outfit).

As BCW sticks its foot in the bridal couture door, it ushers in a vast galaxy of stars fresh off the screen and on to the ramp, a feat that its competitors — Pakistan Fashion Design Council’s Bridal Week and Fashion Pakistan Week’s Winter/Festive — have not been able to pull off so successfully. This time round, superstars flocked to the BCW ramp by the dozens, with everyone from Reema to Saba Qamar lending support to their respective designers as show-stoppers. However, the BCW red carpet lacks this kind of buzzing activity as all the starry action remains focused on the ramp. It needs to spill on to the crimson carpet as well.

Yet another area for improvement is the time factor. Awards and ramp shows enjoy some creative license, but as the minutes turn to hours and the enthusiasm starts to wane, one is less inclined to accept too much license. But the blame cannot be heaped on organisers or participants alone as an ever-increasing amount of guests make it a point to turn up obnoxiously late or refuse to settle down in their seats in spite of repeated reminders.

Sadly, all requests tend to fall on deaf ears and the result is a show that starts way off the intended mark and continues way beyond the comfort zone. Also, the fact that some grand finale designers (hint, hint) never cease to take their sweet time to start their shows doesn’t help the cause of ending shows at a respectable time either. The argument that the look of the models had to change sounds feeble and quite lame to those who have been seated for over five hours. The euphoria of watching an amazing collection is dulled by the agony of searing back pain and muscle cramps. 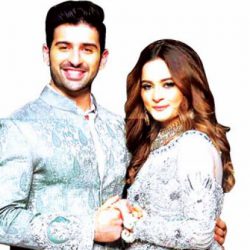 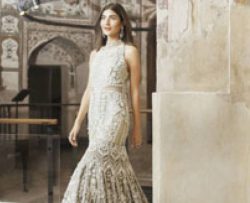