‘Study journalism if you have the aptitude for it’ 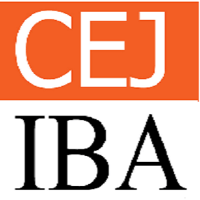 KARACHI: ‘Why should I study media?’ According to Kamal Siddiqi, director of the Centre for Excellence in Journalism at the Institute of Business Admini­stration (CEJ-IBA), this is a question that’s in the mind of everyone studying media sciences these days besides wondering about a future in the media industry, especially now when the media is facing a multitude of challenges globally. This was the main topic discussed by a panel of media professionals and academics at CEJ-IBA on Thursday.

The moderator, associate dean of IBA Dr Huma Baqai, said that the media industry in Pakistan blossomed very quickly as a result of which there are many journalism schools and departments that one sees.

American poet, essayist, journalist and translator Dr Christopher Merrill, who serves as director of the international writing programme at the University of Iowa, said that he had studied creative writing but became a journalist. “I wish I had gone to journalism school. What I know is what I learned on the job,” he said, adding that he learnt that curiosity, listening carefully and taking notes, and objectivity were some of the basics of journalism while just writing required different things.

Speaking further on the subject he said that humans have boundless curiosity and curiosity was a very useful thing in journalism where the landscape is always changing but some basic qualities will see one through all those changes.

American scholar says many newspapers in the US are struggling financially

Sultana Siddiqui, president of Hum Network Limited, meanwhile, was of the view that it was good to study journalism provided one had the aptitude for it. “Journalism is about storytelling and not about just looking forward to landing a job,” she pointed out.

About the struggles faced by some of her employees, she said that media should not be limited to journalism or writing. “It is more about expressing oneself and having the aptitude for it all,” she said. “I am often left with a hard choice of whether I should employ the degree-holder or the one who expresses himself better. Aptitude is therefore important in my eyes and thus I come back to the same thing, which is only study journalism if you have the aptitude for it,” she stressed.

Faizan Syed, founder of the digital agency East River, said that one should think of the media as a pipe with content at one end and audience at the other. “Studying both sides would turn you into an important media person.” He also aired that media courses required a social sciences component.

Atika Rehman of Dawn Media Group said that you can’t have journalists who know nothing more than what they have learned at journalism school. She also said that it was good that there were so many journalism schools as they were creating supply where there is demand but some people who taught at these schools themselves lacked practical experience and they were there just because their English was good. “For media schools it is important to have people who are practically into journalism,” she said.

He also said that teachers offering a media course should ask themselves if their students are in touch with the real developments in newsrooms.

Later, while giving an individual talk about the changes taking place in the media industry, he added that he can easily do an entire multimedia story on his phone now but earlier it was not so simple as heavy equipment had to be transported from place to place for stories and then after completing a story it had to be sent back to the media headquarters to be aired via satellite. “But what hasn’t changed is the journalism in all this. Anyone can produce content and stories from anywhere but it does not necessarily mean that the story would be devoid of propaganda or not be one-sided,” he said. “For example, it has been difficult for actual journalists to get into Syria for stories so the people there sent out the stories but media houses then face challenges in filtering such content,” he said.

About the shift of print to digitalisation, he said that it is affecting all. “In the USA now there are very few newspapers left that are owned by individual media houses and those too are struggling financially. If sold to a network, and if they don’t make money despite their fine stories they get scrapped. So the underlying move is that all newspapers have a major digital presence,” he said, adding that media these days is becoming more and more a young person’s industry and not just because they were more tech-savvy. “The big journalists or editors are too expensive and a network can hire several young journalists in the salary being paid to one senior journalist,” he concluded.

The Nation: Centre of Excellence for CPEC holds int’l conference