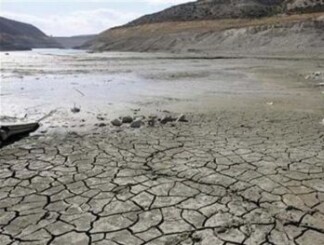 ISLAMABAD: At a time when nations have agreed to set a new path to low carbon emissions and climate resilient futures for their countries, Pakistan’s seriousness in tackling climate change can be gauged from the fact that many environment-related departments have been without permanent heads for years.

Some crucial climate tasks of the Ministry of Climate Change (MOCC) are being dealt on ad-hoc basis, as many senior posts in its allied departments are either vacant or being held by officials from unrelated fields. Environmentalists link the poor performance and unplanned participation of MOCC in Paris climate conference with ad-hoc policies.

After Mushahidullah Khan’s unceremonious departure from the ministry in August this year, Zahid Hamid rejoined the cabinet as minister for climate change after being cleared of the stigma of being a collaborator of Pervez Musharraf by a special court trying the former military dictator for treason early in November.

Hamid was science and technology minister of the PM Nawaz Sharif cabinet, but was sidelined when the charge arose during the trial as he had held the same portfolio under Musharraf.

“At a time when major wings of the ministry are non functional, expertise of Zahid Hamid are useless,” an MOCC official told The Express Tribune on condition of anonymity.

Currently, at least four attached departments of the ministry are working without regular heads.

Post of director general of Pakistan Environmental Protection Agency (Pak-EPA) has been vacant for over six months after the former DG, Dr Khurshid Khan, was appointed head of the South Asia Cooperative Environment Programme (SACEP) in Sri Lanka.

“This is not only affecting the day-to-day affairs of the agency but also giving a free hand to violators to further degrade the environment in the capital city. The headless agency is unable to take any pre-emptive or proactive measures for protection of environment,” said EPA Environment Director Ziauddin Khattak.

The Zoological Survey of Pakistan (ZSP), another MOCC department, has also been operating without a permanent head since 2007-2008. From 2008 to 2013, it has been headed either by officers on deputation from other departments or as an additional charge.

As of today, ZSP has no chief after Assistant Inspector-General Forests Aurangzeb Awan, who held the additional charge of heading ZSP, retired on December 17.

Moreover, the Global Climate Impact Study Centre (GCISC), the research arm of the ministry, has been run as an additional or acting charge ever since the retirement of its executive director Dr Ishfaq Ahmed several years ago. The centre helps in capacity building, policy analysis and information dissemination on issues related to past and projected future climatic changes in Pakistan.

The centre also assesses the likely impact of climate change on key socio-economic sectors such as water, food, agriculture, energy, forestry, health, and ecology and recommends adaptation and mitigation measures.

Pakistan Environmental Planning and Architectural Consultants (PEPAC) was set up by the government in 1974 as a consultancy firm for planning and designing urban infrastructure, architectural design of buildings, and structural and environmental engineering. This department has also been without a permanent head for two years.