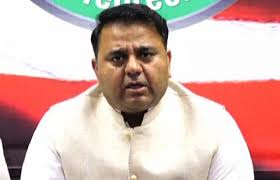 ISLAMABAD: Minister for Information and Broadcasting Fawad Chaudhry Sunday ordered an inquiry into a widely criticised dateline slug displayed by the state-owned TV during Prime Minister Imran Khan’s speech at a function in China. The slug displayed ‘Beijing’ as ‘Begging’, drawing massive criticism.

The state-run TV wrote on its Twitter account: “Today during the live address of prime minister during his ongoing visit to China, a typographical error took place, which remained on screen for 20 seconds and was later removed. This incident is regrettable. Strict action has been initiated under rules against officials concerned”.