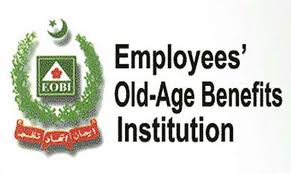 Many other renowned business firms have also defaulted on payment of EOBI contribution.EOBI has now sent the TV a notice for the payment of dues by April 04, 2013 failing which proceedings will be initiated against it under sections 82 & 83 of the Land Revenue Act 1967 which include arrest and detention of defaulter and sale of movable properties.

EOBI regional head Sherjeel Hassan Raja while talking to this correspondent said that the government-owned television channel had been depositing contributions for its regular employees but not for its contractual employees. Under the EOBI Act 1976 an employee whether contractual or daily wage earner, is entitled to be registered with the EOBI and his/her employer is bound to pay the contributions. As per document available with this correspondent, the TV has to pay Rs10.5615180 million in arrears since 1991 in addition to Rs7.807590 million fine.

TV’s Managing Director Yousaf Baig Mirza when contacted said it was a routine notice on disputed cases, which are being discussed with the EOBI. He said the TV is fully up-to-date on payments on agreed cases

EOBI officials however told this correspondent that under the law employees of different organisations could only claim EOBI pensions after fifteen years of service. Since the state TV has not been paying contributions for its contract employees, their service years would go waste and it would be a violation of their rights.

A security firm, Shehzada Security Services, has outstanding arrears of Rs0.562464 million on account of contributions for its regular employees and Rs0.853200 million on account of evasions that has been detected by the EOBI officials. EOBI regional head told this correspondent that most of the security agencies don’t register all of their security guards with EOBI to save EOBI contributions. We have a record checking exercise through which we detect the non-registered employees. Director Shehzada Security Services Lt Col (R) Ghazanfar Abbas Shah could not be contacted, as his landline number was not responding. Other firms that have outstanding arrears included a call centre ‘Touch Stone’ that has arrears amounting to Rs3.355560 million. Builder Associates, a construction firm, has EOBI arrears amounting to 2.535750 million rupees. The owner or administrative authorities of these firms could not be contacted.

The EOBI official told this correspondent that so far they have detected 3 million cases wherein EOBI contributions were not paid.Under the EOBI Act every business establishment with five or more employees is bound to register its employees with the EOBI.
Sherjeel Hassan Raja said that there is dire need to create awareness among general public and owners of the business firms that the EOBI pension is beneficial and necessary for the old age people. Usually the business firms register less employees than the actual strength of workers. At the end of the day it is a loss to the poor workers. EOBI is applicable on minimum wage prescribed by the government. Five percent of the minimum wage is payable by the business firm owners and one percent is paid by the employee. To a question he said exists a self-registration scheme through which it is possible for self-employed or common labourers to submit their contributions.