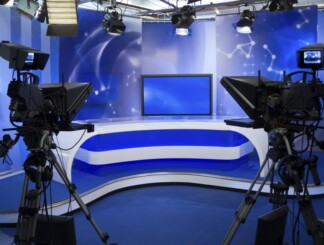 No memorial marks where Sri Lankan newspaper editor Lasantha Wickrematunge was murdered in 2009, one of dozens of victims of “death squads” allegedly linked to a frontrunner in Saturday’s presidential election.

But ex-colleague Dilrukshi Handunnetti needs no plaque to remember vividly the morning of January 8 when two assailants on motorbikes smashed Wickrematunge’s car windows and stabbed him to death near their newspaper’s office.

“Suddenly someone came running and said that something had happened and Lasantha has been attacked. All of us came rushing,” Handunnetti recalled.

“All I can remember, and it’s a terrifying memory, is his blood-spattered vehicle with seats soaked with his own blood,” she told AFP, pointing to the spot outside a Colombo primary school.

According to Reporters Without Borders (RSF), at least 14 journalists were murdered during the 2005-15 presidency of Mahinda Rajapaksa – brother of Gotabaya Rajapaksa, a candidate in Saturday’s vote.

During that time, which also saw the Sri Lankan army end – with highly controversial means – the country’s civil war with Tamil separatists, Gotabaya was defence secretary and effectively ran the security forces.

Allegedly reporting to him was a special military unit that abducted and killed dozens of people – activists, political opponents, Tamils and journalists.

Gotabaya, 70, whose main opponent in the election is Sajith Premadasa – son of assassinated former president Ranasinghe Premadasa – denies any involvement, as does his brother.

Of all the victims, for journalists Wickrematunge’s murder was the most chilling, and became emblematic of the fate of the media during the Rajapaksas’ decade in power.

His death came days before he was due to testify in a defamation trial brought by Gotabaya over allegations, printed in his newspaper, of kickbacks in the purchase of second-hand MiG jets from Ukraine.

“He was so important,” Handunnetti said. “A lot of people recognised him to be the actual opposition in a country where dissident voices have really not been allowed.”

His killing, she said, was “cold-blooded message” by powerful, murky forces in the Indian Ocean island nation at the time that “dissent is not okay”.

During the Rajapaksas’ rule, according to rights groups around 80 journalists fled abroad fearing for their safety, among them Sunanda Deshapriya, who now lives in Switzerland.

“We were branded as traitors,” Deshapriya told AFP. “I didn’t go home for three or four months, I slept in different places.”

“Even now when I come back I take precautions when I travel at night.. A lot of us journalists abroad still get hate messages, saying things like ‘I will cut you to pieces’.”

Four years after Mahinda Rajapaksa lost power, most of the killings remain unresolved and hopes are slim that anybody will ever be held to account, particularly if Gotabaya wins.

This is mirrored in the stalled efforts to investigate alleged war crimes. Gotabaya has said the country should “move on”.

From her home in Australia, Wickrematunge’s daughter Ahimsa Wickrematunge is trying to pursue Gotabaya in courts in the United States.

If Gotabaya wins, with the civil war over journalists are hopeful that the murders and disappearances won’t return, but they still expect their work to become harder.

“Things already improved after 2010 and I don’t think there will be murders again,” Deshapriya said. “But the environment will be suppressed.”

“I would like to believe that this time around they would actually want to correct some of the terrible old mistakes and look to a path that is different where at least we can practise our vocation,” Handunnetti said.

But only this week a writer, who has just published a book about corruption under the Rajapaksas, was stabbed in his home and a pistol held to his wife’s head. It is a “bad omen,” Deshapriya tweeted.