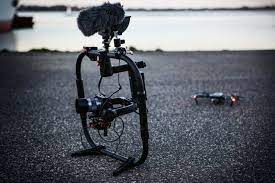 Islamabad: National Institute of Folk and Traditional heritage Lok Virsa had provided special equipment and technicalities to students of Documentary Film-making during a live Musical Festival.

Talking to this agency, Executive Director Lok Virsa Talha Ali said the students of the documentary film-making team had an opportunity to showcase their expertise.

He said these kinds of platforms play a vital role in portraying a true picture of the younger generation.