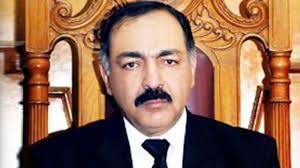 QUETTA: Balochistan Governor retired Justice Amanullah Khan Yasinzai has asked social media activists and artists to highlight the real problems and grievances of the common man and suggest measures for resolving the issues faced by society.

Talking to the youngsters at the Governor House on Thursday, he said youths of Balochistan had proved their skills on different social media websites and their creative work was not inferior to others.

The governor appreciated the efforts and struggle of young social media activists and said social media played a very dominating role in daily life of people because it was a web-based online tool that enabled people discover and learn new information, share ideas and interact with new people and organizations.

Social media activists briefed the governor on their efforts and said that globally, there were more than three billion social media users.