LAHORE: “Aslam-o-Alaikum, I am your Khadim-e-Aala wanting to confirm whether you have received the completion certificate of your building from the Lahore Development Authority. Were you asked for speed money? Please reply in ‘yes’ or ‘no’ to a short message service (text message) that follows.”

Surprised was Asifa when she received this call from Chief Minister Punjab Shahbaz Sharif – which obviously was a recorded message but touched the issue that was irking her at that moment.

Actually, she was made to run from one table to the other to get the completion certificate. She finally got it a day earlier through an agent by paying him the standard “service charges”. Certainly, she replied the SMS in ‘Yes’. “Few days later, I received a call from the CM office asking me about the details of my ordeal and the caller apologised for the inconvenience,” she recounted, continuing, “a few days later, an official of the LDA came to me to return the illegal charges paid by me.”

It was not difficult for her to realise that an action must have been taken against the delinquent officials.

Asifa is not alone to have received this message. The Punjab Board of Information Technology (PBIT) is generating 30,000 similar robotic calls to citizens all over the province that visit provincial tax, health, and education local government offices to check rampant corruption in the country. Basically, the monitoring of bureaucracy through smartphone has kept the bureaucracy on its toes.

The PBIT has empowered the Punjab CM with a powerful information technology tool to check the performance of government officials.

The responsible officials of the Punjab government have been provided with smartphones through which they provide proof to the provincial government that they are fully complying with the standard operating procedures instructed to them.

“Instead of giving laptops to district officers in various departments, we’ve equipped them with smartphones,” said Dr Umar Saif, chairman of PBIT. He said the officials are required to provide pictorial evidence of the tasks assigned to them.

He said if for instance a health official is required to inspect and visit three hospitals in a day he would have to send pictorial evidences of his visit to different sections of each hospital.

Similarly, now an executive district officer education would have to provide similar evidence of his scheduled visits to educational institutions in his district. He said the progress on development projects is monitored through the same process.

He said the two initiatives were introduced to benefit from almost 90 percent mobile phone penetration across the country.

He said the ‘Citizen Feedback Model’ is a proactive governance initiative of the Punjab government. This project was taken up by the chief minister’s secretariat to curb petty corruption, improve service delivery, and facilitate citizen engagement by proactively seeking feedback of their experiences while availing day-to-day government services, he added.

He said initially phone calls were generated in voices of officials or call center employees. However, the response of the citizens was muted. “We realised that the message should have been generated in a strong voice,” he said.

And, since the chief minister’s voice is being used in the message the response from citizens has been overwhelming, he added.

This has also built a relationship of trust between the government and public and created a deterrence effect among the field officers – who race up now to ensuring a better performance of the government machinery. 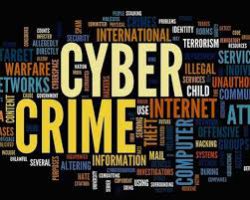