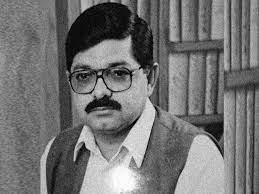 A memorial for journalists who gave their life in pursuit of truth was held at The Hague in the Netherlands on Monday, with slain Pakistani journalist Zubair Ahmed Mujahid among those honoured at the press freedom event.

The case of Zubair Mujahid, who was shot dead in the city of Mirpurkhas back in 2007, was one of multiple cases taken up under a project spearheaded by Amsterdam-based not-for-profit Free Press Unlimited (FPU). Journalistic organisations including the International Consortium of Journalist and Reporters with Borders are part of the initiative ‘A Safer World for Truth’ that is working towards re-investigation of unsolved cases of murdered journalists.

More than 1,400 journalists have been murdered since 1992. In eight out of ten cases where a journalist is murdered, the murderers go scot free, the FPU said.

Like others featured in the exhibition, Mujahid’s murder was never properly investigated. As his work focused on police performance and corruption within the department, the journalist was seen as a thorn by the law enforcement.

The FPU along with local partners conducted extensive on-ground investigation to re-trace the efforts of the departments tasked with investigating Mujahid’s murder. It found inconsistences in the statement of witnesses, chain of custody violations of evidence, lack of a prime suspect, and other investigative oversights that would suggest collusion.

The slain journalists have been honored with a digital monument. The FPU said that the data used in the monument was drawn from a database of attacks on the press compiled by the CPJ.

“Due to the time needed to verify each new case, it is possible that recent events have not yet been added to the monument,” it added.