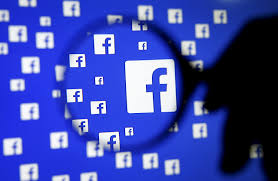 National Assembly Standing Committee on Government Assurance was told that as many as six fake Facebook accounts of President Mamnoon Hussain are operational. The committee met with Shahzadi Umerzadi Tiwana in the chair here at Parliament Lodges on Monday. The committee discussed fake Facebook accounts of the President of Pakistan and a complaint about posting a picture of Lord Shiva on social media.

Director Cyber Crimes of Federal Investigation Agency (FIA), Mohammad Shoaib told the committee that a total of six fake Facebook accounts of the President have been opened during the last five years and they are operational. The committee members were astonished to know this and said why Pakistan Telecommunication Authority (PTA) and Cyber Crime of FIA did not take any action against it.

Answering the question, Shoaib told the committee, “If we block the accounts of the President then the Facebook will be stopped in whole country. There is no approach of our agencies to the premises of Facebook.”

The committee members said, “If our departments and agencies have no approach to the premises of Facebook to block fake accounts then its business in the country should be stopped.”

Committee member Abdul Majeed Khan Khanankhail said, “If our agencies and departments are unable to approach and block fake accounts then we should leave this issue. We should stop the business of the Facebook in our country.” For this purpose, he proposed that a letter should be written to PTA and Foreign Office to stop the business of Facebook, he said.

Complainers Ramesh Lal and Lal Chand Malhi from Hindu community said that a picture of a political party head (Imran Khan) has been posed as Lord Shiva on social media websites which disturbed religious sentiments of their community. They demeaned strict action against those responsible for this act.

Abdul Majeed Khan Khanankhail said that it is very serious issue and it can create chaos and a situation of civil war in the country if in coming days pictures of other religious figures are posted on social media.

Shoaib told the committee that a total of 450 first information reports (FIRs) have been lodged under Cyber Crimes. He said that investigations are ongoing and punishments have been awarded in some fraud cases. He said that the people can criticize the political figures on social media but they could not threat them. The committee chairperson sought detailed report of all cases of cyber crimes and summoned DG FIA and high officials of Law Ministry and PTA in the next meeting which would be held on April 2