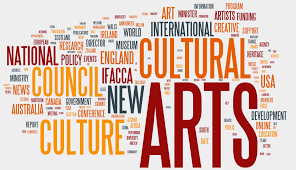 Given the resources in Sindh, the province should not be suffering from poverty, renowned economist Dr Kaiser Bengali said at a session of the first Sindh Literature Festival on Saturday – the second day of the event being organised from November 4 to 6.

Along with Dr Bengali, Nadeem Hussain, a public policy research fellow from the Institute of Business Administration, Karachi was among the panelists of the session titled the “Economic Development in Sindh”. Prof Aijaz Qureshi moderated the session.

Responding to a question on the economic potential of Sindh, Dr Bengali said lack of development in Sindh was a political question with inequality being the major reason for the poor economic performance.

He further added that the ruling elite with a hold on development funds did not want development in true spirit.

Dr Bengali said there was no link between different development schemes of the Annual Development Programme which resulted in “unplanned development”.

“Provinces struggled for the 18th Amendment, and now development is not a federal subject. However from 2010 to 2016, Sindh has not planned to take development forward.”

Giving a solution for development in Sindh, Dr Bengali suggested that high speed dual carriage network of roads should be laid for better connectivity among cities in Sindh. Narrating the Hyderabad-Mirpurkhas Highway example, Dr Bengali said Mirpurkhas had become a suburb of Hyderabad and its property prices have risen threefold. Addressing the crisis of urban development and connectivity, he suggested that Sindh needed to build its three major urban growth centers – Karachi, Hyderabad and Sukkur.

Villages in Sindh are too overspread with chunks of population inhabiting them, therefore, the government should identify rural growth centers in respective union councils and connect those villages; instead of catering every village individually which cannot result in economic development.

When questioned about the China-Pakistan Economic Corridor and its game-changing impacts in Sindh, Dr Bengali gave a very candid response. “The benefit of CPEC to Sindh depends on its route and share in different projects. However the federal government has not shared any concurrent details about the economic route. Hence we do not know where the route for CPEC will go from.”

He further added that an all-party conference was convened on May 28, 2015 in which they adopted western route for CPEC to be constructed on priority basis but since then no work on the western route has been started. Mentioning the CPEC power projects in Sindh, he said a 6,600 MW power project of Gaddani had been abandoned whereas Tharparkar project was probably still development.

However, the rest of the power projects are in Punjab. He said even those projects were infeasible. “They might produce power for the 2018 elections but will later close down. There is also no clear response from the federal government about Sindh’s share in the toll income from the road running through Sindh.”

Nadeem Hussain when questioned about the “education emergency” in Sindh said the government needed to explain the meaning of the term.

“The segregation of the previous education and literacy department into two new provincial departments is not an education emergency. The provincial government needs to redefine the context of this ‘emergency’.”

He added that there had been a glut of education reforms in the last one decade, but we hardly saw an impact on the public school students’ capability to learn.

When questioned about the involvement of not-for-profit and private entities in the service delivery with the provincial government, Hussain responded that the utilisation of public funds for the development in Sindh had been pathetically low. The public-private partnership on the contrary was a solution to some extent.

Giving an example of the public-private partnership in the health department, he said the impact of the money allocated to the SIUT as opposed to any other government hospital was blatantly obvious by the difference in their service delivery.

Dr Bengali when asked to suggest structural reforms for governance in Sindh responded that the government could not be reformed until the society was reformed.

“Sindh’s social structure is that of 11th century’s where human relations are based on inequality and where one person dictates over 10,000 families. There are still colonial practices and operational procedures in the day-today government affairs. In such a situation where democracy cannot exist the economic decisions also cannot be beneficial for general public but for those who rule. The baradari-based feudal system is an obstacle to good governance.”

He added that the budget is neither an accounting document nor an economic; it was a political document which indicated whose pocket to take money from and whose pocket to put money into. He said “Nothing can change until votes are given on the basis of performance instead of baradari affiliation. “No MPA has ever lost an election because he failed to deliver well on education in his constituency. No structural reforms can be successful unless the status quo changes.”

The News: A welcome escape from modern art