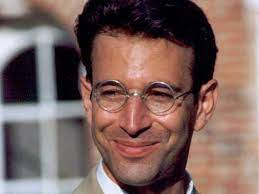 ISLAMABAD: The Sindh High Court (SHC) on December 24 ordered the Sindh government to immediately release the four men accused of kidnapping and murdering US journalist Daniel Pearl. However, the provincial government will not release these men in view of a Supreme Court order. Sources told The Express Tribune that the PPP led Sindh government believes that the Supreme Court’s September 28 order with regard to Daniel Pearl case accused is still in the field.

A three-judge bench led by Justice Mushir Alam on September 28 noted that till the next date of hearing, the respondents – Ahmed Omar Saeed Sheikh, Fahad Nasim Ahmed, Syed Salman Saqib and Sheikh Adil – shall not be released. The SC bench had issued the order while hearing appeals against the SHC’s April 2 order in Pearl case. A senior government official said the SC order has not been specifically recalled.

“The SHC in its December 24 order also clarified that accused should not be released if there is a Supreme Court restraining order regarding their detention,” he added The sources said the Sindh government will also challenge the SHC December 24 order in the SC A SHC division bench on April 2 commuted the death sentence of Ahmed Omar Saeed Sheikh to seven years and acquitted three others who were serving life terms for abducting and killing Wall Street Journal’s former South Asia bureau chief Denial Pearl in 2002.

The PPP led provincial government had swiftly challenged the April 2 order in the Supreme Court. The Sindh government had also immediately detained the four men under Section 3 (1) of West Pakistan Maintenance of Public Order (MPO) Ordinance 1960. It had claimed that there were sufficient reasons to believe that the liberty of the men was likely to pose grave threat to public safety and cause breach of peace and tranquility. The same SHC division bench, however, annulled the detention order on December 24 and ordered the Sindh government to immediately release the four men.

This order elicited immediate response from the US which on Friday expressed its “deep concerns” over the SHC order. “We are deeply concerned by the reports of the December 24 ruling of SHC to release multiple terrorists responsible for the murder of Daniel Pearl. We have been assured that the accused have not been released at this time,” the State Department said in a series of posts on Twitter on Friday. It said the US understood that this case is ongoing in the Supreme Court of Pakistan, adding that it will “follow it closely”. “We continue to stand with the Pearl family through this extremely difficult process. We continue to honor Daniel Pearl’s legacy as a courageous journalist,” it added.

Ruth and Judea – the parents of Daniel – also condemned the decision made by the high court but expressed full confidence in the Supreme Court of Pakistan to provide justice to their son and reinforce the paramount of the freedom of the press. “We refuse to believe that the Pakistani government and the Pakistani people will let such a travesty of justice tarnish the image and legacy of Pakistan,” they said in a statement.

They said they were heartened to hear that the federal government was filing an appeal against the latest release order, adding that they believe Pearl’s murderers should remain in jail. The SHC in its December 24 order also clarified that accused should not be released if there is a Supreme Court restraining order regarding their detention.