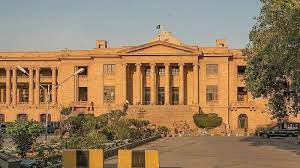 KARACHI: The Sindh High Court on Tuesday dismissed a petition seeking a ban on the movie Joy land.

A two-judge bench comprising Chief Justice Ahmed Ali M. Shaikh and Justice Yousuf Ali Sayeed turned down the plea for the reasons to be recorded later on.

Moulvi Iqbal Haider, a regular litigant, filed the petition against screening of the movie stating that it violated Article 227 (provisions relating to the Holy Quran and Sunnah) of the Constitution.

He claimed that the movie was “against the teaching of Islam”.

When the bench asked the petitioner whether he watched the movie, he replied in the negative. Upon which, the bench through a short order dismissed the petition for not being maintainable.