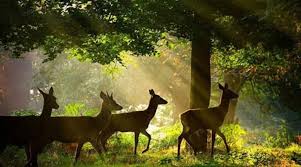 The Sindh government is preparing to unveil a new law for the protection of rare and endangered wildlife species, while special sanctuaries will also be built across the province for the purpose.

Forests & Wildlife Minister Nasir Hussain Shah announced this at the Sindh Assembly on Monday while responding to written and oral queries of lawmakers during the question hour on his provincial department.

Responding to a question, he informed the lawmakers that the project to rehabilitate the Haleji Lake has been delayed owing to the unavailability of funds, but the government is aiming to make efforts for the conservation and rehabilitation of the lake.

Replying to another query, the minister admitted that certain influential people in District Badin have diverted the water meant for the forests. Despite repeated requests, he refused to name any names.

To the question of Grand Democratic Alliance MPA Arif Mustafa Jatoi, the minister said that according to the law, ostriches do not fall under the category of wildlife species because their farming is allowed, and one such farm is present near Thatta.

Sindh Culture & Education Minister Sardar Ali Shah informed the House that 23 libraries are under the administrative control of the culture department, and 11 of them have Wi-Fi facility in their computer sections. He said that one such library has unrestricted Wi-Fi facility for its visitors, but complaints do emerge regarding its misuse.

The minister was responding to a calling-attention notice of Pakistan Peoples Party MPA Marvi Faseeh, who said that all public libraries across the province should have Wi-Fi facility for the benefit of students. She said that every student in the province does not have access to the internet.

To another calling-attention notice of Pakistan Tehreek-e-Insaf MPA Riaz Hyder, Sindh Local Government Minister Saeed Ghani assured the House that the Karachi Water & Sewerage Board will make efforts to overcome water shortage in the areas falling under the constituency of the opposition legislator.