Pakistan Peoples Party (PPP) Chairman Bilawal Bhutto Zardari on Tuesday said culture was in danger and expeditious acts were needed to protect it.

“The Sindh Festival will make us aware of our existence,’ he said as he appeared on television screens in an advertising campaign on Tuesday.

Bilawal announced promulgating a cultural emergency to protect Sindh’s culture. He said the heritage was under threat and he was announcing the festival to protect it.

“I am reaching out to you to seek your help,” he said.

Sindh including at thousands of years old archeological sites at Mohenjo-Daro and Makli.

Bilawal said the festival would be infused in the spirit of celebration.

“This will be the beginning of our annual cultural festivities. This is the sign of our progress. This is the first step towards the protection of our cultural centres,” he added. 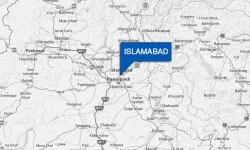