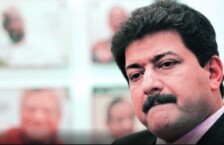 ISLAMABAD: In a resolution, the Sindh Bar Council (SBC) on Friday called upon Chief Justice of Pakistan (CJP) Gulzar Ahmed to consider taking suo motu notice of a ban on prominent journalist and anchor Hamid Mir from hosting his own talk show on Geo News.

Issued under the signature of SBC vice chairman and chairman of its executive committee Arif Dawood, the resolution adopted by the council termed a recent attack on Vlogger and journalist Asad Toor “a blatant attack not only on the freedom and independence of media but also on democracy”.

The resolution also demanded of the information ministry to immediately restore Mr Mir’s talk show to its original shape and form and to provide protection to both the journalists. It declared Mr Toor and Mr Mir as “bold and courageous journalists” and said their views, although disliked by some people, were always given “sincerely and as per their honest beliefs”.

The SBC also called upon the Pakistan Electronic Media Regulatory Authority (Pemra) to take effective measures to redress the grievances of media personnel and prove itself as an autonomous body rather than as a “tool in the hands of the federal government”.

The resolution asserted that the SBC would go to “any extent to protect the freedom of the media and the safety of journalists”. “It is a matter of great shame to the federal government, especially the ministry of information, that such senior journalists have been treated in such a disgusting and hateful manner,” it said, adding that the SBC was of the considered opinion that such acts had serious repercussions for the rule of law and constitutionalism in the country.

The SBC resolution said that unless the trend of “depriving citizens of Pakistan of true journalism” was immediately halted, public reputation would be damaged not only of the federal government but also other institutions of the state.

A group of 147 women journalists and allies also released a public statement that condemned the removal of Mr Mir from airwaves and demanded of the government to take measures for ensuring that media organisations do not have to face “such immense pressures for merely performing their duties”.

The statement said that women journalists across the country had been deeply disturbed by the decision to remove Mr Mir from his own talk show a mere 72 hours after he spoke at a demonstration organised by the Pakistan Federal Union of Journalists (PFUJ) against the assault on and torture of Mr Toor in Islamabad last month.

The women journalists’ statement also expressed alarm over the sharp escalation in direct, indirect and covert actions against journalists, which were having a “detrimental and silencing effect on news media in Pakistan”.

The joint statement called upon the federal and provincial governments to take notice of attacks on journalists, bring the perpetrators to justice, and make their investigation reports public.

Meanwhile, the SBC described a bid by the federal government to file “a frivolous and non-maintainable” second review petition against the Supreme Court’s judgement in Justice Qazi Faez Isa case “as an attack on the independence of judiciary”.

“Such a… second review petition which was attempted to be filed by the president, the prime minister, the law minister and assistant to the prime minister on accountability Mirza Shahzad Akbar amounts to alleged contempt and blatant deviation from the due process of law,” said the resolution adopted by the SBC.

The SBC also deplored the alleged failure of the government to seek guidance from the judgement of the Supreme Court in the Justice Isa case, which it termed “an eye opener”. 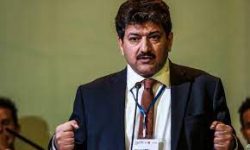 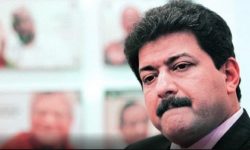