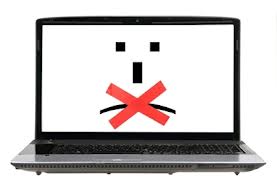 The many freedoms the Pakistani press and media enjoy today are a result of years of vibrant activism and struggle by journalists and civil society. The state (and all its various manifestations) unable to have direct control (of privately owned media) because of decent media laws, now employs subversive tactics to keep things under control.

There is intimidation of reporters, denial of access to areas of conflict, friendly meetings with editors, financial controls (through advertising) and readiness of journalists to internalise the security state. As a result of this, the Pakistani media is loud and brave but at the same time meek and mumbling. The state, with the exception of some hiccups here and there, is more or less in control of the situation and all is well.

However, the internet is proving to be a difficult beast to control. After all how many internet users do you threaten, pay to shut up or say something you want said, or kidnap and kill? It is just simply a nightmare to control. On one end the state liberalised telecommunications to encourage more users, not only succeeding in this goal but also ensuring it was lucrative for them to do so, and on the other it has rapidly expanded its surveillance and censorship apparatus. The absence of any legislation on privacy rights, cyber crime, industry regulation, consumer protection etc gives state bodies a lot of room to operate in the shadows and create ad-hoc systems of control.

This is dangerous, made even more insidious by the state’s use of religion and obscenity as excuses to shut down or restrict content online. In September, it will be a year into YouTube’s ban. A ban that apart from being pointless is also against the basic right to information given to us by our constitution as well as being against our fundamental rights as citizens of the world. The YouTube ban is as much about blasphemy as banning Baloch Hal is about safeguarding national security; it is simply about controlling what citizens can and can not see. It is censorship.

In a recent court-ordered meeting, the director general, planning and strategy of the Pakistan Telecommunication Authority (PTA) very casually admitted to activists present that Pakistan has been using NetSweeper. This is the first time there has been an official acknowledgement of the use of a notorious surveillance and censorship software. The alarming casualness of the admittance brings home the attitude of the state toward censoring and controlling content online. It also shows how uninformed they are about the nature of the beast.

The academic origins of the internet have given it its collaborative, open, free and democratic values that are supported by its architecture that is distributed, a ‘network of networks’ with no clear control. Granted there has been an alarming push in the recent past by state/security and commercial entities toward greater control and regulation but activists around the world are putting up a tough fight. If there are tools being created to control, censor and surveil it, there are more tools available to safeguard against them. The state may be sneaky but citizens are, finally, always a step ahead.

This year activists also identified command servers of notorious surveillance spyware, FinFisher on a network operated by the Pakistan Telecommunication Company Limited (PTCL). Whether the Pakistani state is using this to spy on those it deems fit to spy on or simply facilitating another country to use its servers to spy on their citizens is unclear. Despite appeals by local and international activists, there has been silence from the state’s end on the issue.

In stark contrast, the state’s response to recent findings that Pakistan was the second most spied on country by the US has been telling. In the span of a month, Senator Mushahid Hussain Syed, chairman of the Senate Committee on Defence and Defence Production called a number of meetings with Pakistan Information Security Association, run by a former FIA official, and is now ready to table a bill on cyber security. Laws are welcome, but before we legislate to safeguard ourselves from spying by other countries, perhaps we should first ensure basic privacy rights for our citizens.

It is time for the Pakistani state to realise that not only is blocking and using tools like NetSweeper or FinFisher simply against democratic norms, they also infringe on our rights and importantly, can be countered or worked around. The newly elected parliamentarians should take the opportunity to discuss these dangerous purchases and antidemocratic actions by PTA and ensure that citizens’ rights to privacy and access are being protected.

There should also be a move toward equipping our lawmakers and those who implement the law (judiciary, law enforcers, bureaucrats etc) with the necessary information needed to understand how the internet works and learn best practices to govern it. This is urgently needed to not only ensure democratic values but to also be able to uphold our international agreements regarding humanitarian covenants and business.

The writer is Project Director CEJ Media Ethics at PeaceNiche. She tweets @rahmamian