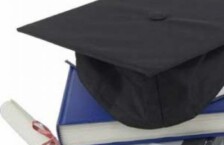 PESHAWAR: 0In a significant move, the FATA Secretariat has decided to increase scholarship amounts by almost tenfold for students from the tribal areas enrolled in technical education programmes, including degree courses in engineering.

The decision was taken in the ninth FATA Development Working Party (FDWP) meeting held at the secretariat earlier this week.

For the first time in the region’s history such a giant leap has been taken in funding for students from Fata, said FATA Secretariat Spokesperson Adnan Khan. “The main purpose of this is to motivate students of an area where education has been adversely affected due to the fight against militancy.” Khan added through these schemes deserving students would be given the opportunities they have been deprived of.

The FDWP discussed 17 development schemes for various departments, including education, health, agriculture, communication and irrigation. Out of the schemes discussed, 13 were approved which would cost Rs1.19 billion.

Likewise, students from Fata who are studying diploma and bachelor courses in commerce, polytechnics and vocational institutes will be given Rs24,000 per year – a significant increase from previous yearly grants of Rs2,450, Rs2,350 and Rs1,900, respectively.

Under Governor Sardar Mehtab’s directives, the FDWP also approved schemes of Rs65.3 million in the education sector, including financial assistance to Fazaia Degree College in Peshawar.

As per the memorandum of understanding signed between the college and FATA Secretariat, the former would in return allocate 15% of its seats in degree and diploma courses and 10% seats in certificate courses for students from Fata. The college would also set 10% quota in its teaching faculty for educated Fata residents.

Various developmental schemes in the health sector amounting to Rs405 million also got the go-ahead at the meeting. The schemes include health delivery system in Fata, mobile hospitals’ programme and strengthening health facilities and provision of medicines in FR DI Khan.

The construction of roads in NWA at the cost of Rs189 million and a scheme for the construction of many key roads in Khyber Agency with the help of USAID were also approved. However, the FDWP set aside schemes related to power, public health engineering and sports till the 10th FDWP meeting which is likely to be held on May 5.