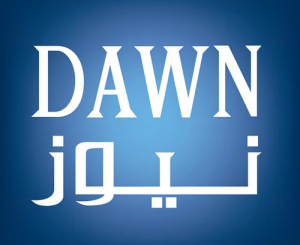 KARACHI: The Sindh High Court (SHC) on Friday issued notices to the secretary of the Ministry of Information and Broadcasting and the Press Information Department (PID) on a petition challenging the withholding of advertisements by the federal government from daily Dawn.

The SHC bench comprising Justice Mohammad Ali Mazhar and Justice Yousuf Ali Sayeed also issued a notice to the deputy attorney general to file comments on behalf of the respondents by the next hearing and adjourned the hearing till March 10.

The petition filed by Advocate Muneer A. Malik on behalf of the Pakistan Herald Publications (Pvt) Limited (PHPL) and its CEO Hameed Haroon named as respondents the Federation of Pakistan through information and broadcasting secretary and PID through principal information officer of information ministry.

According to the petition, the federal government has suddenly stopped placing advertisements in Dawn since January 2020 and no reason has been communicated to the publication for the same even though such advertisements were being placed in the newspaper for decades.

“The withholding/banning of advertisements is an attempt to muzzle Dawn in the exercise of its fundamental right of freedom of the press,” it states. “The right guaranteed under the Article 19 [of the Constitution] extends not only to the right to disseminate news and views, but also to the volume of circulation.”

The petition notes that in a recent briefing to reporters, Prime Minister Imran Khan reportedly accused Dawn of publishing “fake news” during his first official visit to China in November 2018. “It is respectfully submitted that no ‘fake news’ has been published as alleged,” it maintains.

“The [newspaper] has been condemned unheard. Similar comments and news were published in other newspapers that still continue to receive government advertisements and are in fact the beneficiaries of increased advertisements by reason of their withholding the same for publication in the Dawn.”

According to the petition, Dawn is a ‘Metropolitan A’ newspaper falling within the highest circulation bracket. The circulation figures are verifiable by the government’s own Audit Bureau of Circulation.

It further states that Dawn is a widely read newspaper for the quality and objectivity of its news coverage, comments and features. It is not aligned with any political party, which is one reason why the public looks up to it for impartial reporting and analysis.

The petition says that the newspaper’s editorial team operates independently of its management and ownership. A newspaper, however, is a product sold below the cost of its production and it “subsidises” its selling price through the revenues earned from advertisements, it argues.

The federal government, it says, is a major source of advertisements — usually public notices and awareness campaigns placed by the federal ministries and divisions and institutions working under the government.

It further states that the PID is required to “act justly and fairly whilst releasing government advertisements to the print media. It cannot act on its whims and prejudices or in an arbitrary manner”.

“The placement of advertisements in the print media and its distribution amongst various newspapers is not a largesse that the [government] can bestow on whomsoever they desire for whatsoever reason,” it states, adding that the government instead of acting indiscriminately and in accordance with a rational policy is denying ads to Dawn, which is an ex-facie violation of the fundamental rights enshrined in Articles 4, 9, 18, 19 and 25 of the Constitution.

The petition states that the withholding of government ads will force the newspaper to raise its price, thereby adversely affecting its circulation. It adds that this drop in circulation “would have a domino effect of reducing advertising revenue and the newspaper would be trapped in a vicious cycle and would be finally forced to close down”.

“The action of the respondents in withholding the government advertisements is calculated to and specifically intended to muzzle Dawn,” the petition says.

The petitioners have requested the court to declare the action mala fide and unconstitutional in violation of Articles 19 and 25 of the Constitution.

They have also requested the court to direct the federal government to release advertisements to Dawn in accordance with the practice followed for the month of December 2019 and the months before that. 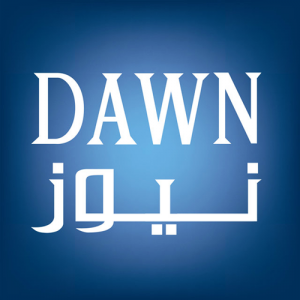