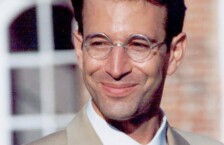 KARACHI: The provincial authorities on Thursday contended before the Sindh High Court that four men had not been set free after their conviction was set aside in the abduction and murder case of US journalist Daniel Pearl since there was a restraining order of the Supreme Court.

A division bench of the SHC directed both sides to come up on Jan 13 for arguments after representatives of the provincial government insisted that an interim stay order issued by the Supreme Court in September against the release of petitioners still held the field.

Petitioners Ahmed Omar Saeed Sheikh, Fahad Naseem, Salman Saqib and Sheikh Adil through their lawyers moved the SHC seeking contempt proceedings against the provincial and jail authorities for not setting them free despite court orders.

They submitted that the SHC had set aside the conviction order of a trial court in April and last month the high court had also declared the preventive detention orders issued by the provincial government to keep them behind bars illegal and ordered the jail authorities to release them.

When the matter came up before a two-judge bench headed by Justice Mohammad Iqbal Kalhoro, Advocate General Sindh Salman Talibuddin along with secretary of Sindh home department and senior jail officials turned up.

The provincial law officer submitted that the SC was hearing the appeals filed by the Sindh government and parents of slain journalist against the SHC order for setting aside the trial court order and on Sept 28, the apex court had issued a restraining order against the release of the petitioners till next hearing.

However, he claimed that the restraining order of the SC still held the field since it had not been expressly vacated or varied by the apex court. He further said that the apex court was hearing the appeals on day-to-day basis.

Advocate Nadeem Azar informed the bench that the lead counsel of the petitioners Mahmood A. Shaikh was busy in SC in connection with the hearing of appeals.

The bench directed the lawyer for the petitioners to produce the copies of apex court orders and also asked both sides to advance their arguments on next hearing whether or not the apex court restraining order is still in field.

In the contempt petition the counsel argued that they had approached senior officials of central prisons of Karachi and Sukkur on Dec 24 since Adil had been detained in Sukkur and three others in Karachi along with certified copies of the court order for the release of the petitioners, but they insisted on verification of the order from the SHC. On Dec 26, the verification of the order was also provided to the jail administration by the SHC, but they refused to set them free.

The counsel argued as per senior jail officials, they were instructed by the Sindh chief secretary and the additional chief secretary home not to release the petitioners.

They contended that the Dec 24 SHC order was still in field and the respondents had wilfully defied it and requested the court to summon the respondents and initiate contempt proceedings against them.

On Dec 24, a division bench of the SHC had struck down the preventive detention order issued by the provincial authorities to continuously keep the petitioners behind bars despite their release orders issued in April after their conviction order was set aside.

The SHC had ruled that the detention order was issued without lawful authority and in violation of several provisions of the Constitution and directed the jail authorities to release them immediately if they were not wanted in any other case or any order against their release passed by the SC.

However, it had directed the federal authorities to put the petitioners on no-fly list till a decision by the apex court on the appeals filed by the provincial government and parents of the slain journalist against the SHC order.

In April, the SHC had acquitted all appellants of charges of murder and kidnapping for ransom and only found main accused Ahmed Omar Sheikh guilty of abducting the slain journalist and sentenced him to seven-year imprisonment. However, the sentence had been completed as the convict had already spent around 18 years in detention.

An antiterrorism court in Hyderabad had sentenced British-born Omar Sheikh to death in 2002 for murder and kidnapping of the 38-year-old South Asia bureau chief of The Wall Street Journal for ransom and awarded life term to co-accused for helping the main convict.