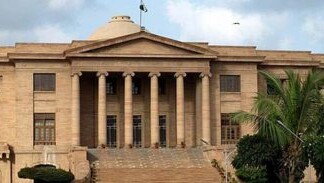 Karachi: Sindh High Court on Wednesday issued notices to secretary ministry of information, Pakistan Electronic Media Regularity Authority (Pemra) and a private TV channel on petition against airing of more than 10% foreign content in its transmission.

Citing ministry of information, Pemra and M/s Horizon TV as respondents the court was prayed to restrain the TV channel from airing more than 10% foreign content in its transmission and to take action against respondent TV channel by suspending the licence and imposing penalty on it for violation of Pemra laws.

SHC division bench headed by Justice Ghulam Sarwar Korai after preliminary hearing of the petition issued notices to deputy attorney general and respondents and called their comments on July 25.