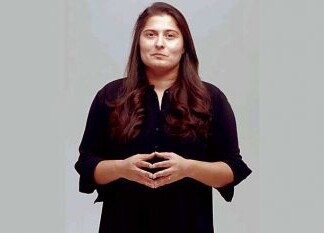 Two-time Academy Award winner, Sharmeen Obaid Chinoy has a distinct directorial style that she uses to amplify the voices of underrepresented groups. This has earned her industry recognition for the wide variety of topics she’s touched upon. With the third film of the 3 Bahadur franchise having just released, she’s also juggling many other projects. Pakistan’s first film trilogy and animated film though, remains a special one to her. Instep sits down with the filmmaker to talk about the future of animation and her growth as a storyteller.

One of her projects is a new animated series Aagahi, which aims to educate women in the country about their rights. “Short videos about how to get an FIR, contents of a Nikkahnama and domestic violence have already been released. There will be more coming out about forced marriages, how to inherit property, child custody and mainly educating women about their rights.” The videos are meant to highlight the procedure for reporting issues like these and who should be approached for help, which are matters people are generally quite vague on.

Sharmeen has also been exploring commercial and branded entertainment representation in the US, that she shares she’d been turning down for a while. “I co-directed Student Athlete, which will raise awareness about the exploitation of athletes in high-revenue collegiate sports and it’s now being taken across American colleges.” She reveals that she’s working on another series as well, being shot in Brazil, Kenya, Georgia, United States and Pakistan.

Working on sponsored content means having budgets at hand but we wondered how difficult it is to raise funds for local films. “We write a lot of grants, we have benefactors who support women’s rights but don’t want their names out there, we reach out to multinationals or television channels so it’s a multitude of different avenues we look into.” She shares that raising funds for 3 Bahadur was particularly interesting. “I had just won an Academy Award but when we went out for funding in 2012, nobody wanted to touch the animated film till we got lucky with the right partner.”

“I feel what worked for the trilogy was the Urdu content, the jokes, the subtle nuances including the way they were dressed, which resonated with children. An entire generation has now grown up on these characters,” she said. Chinoy plans to focus on childrens’ content because she feels there is a market and need for it. “When children see a reflection of themselves and their culture on the big screen it’s key because they feel a sense of pride. We need to invest in our children who are the next generation and the ones who can create change in this country,” she said.

When asked why they were ending the franchise as a trilogy, she revealed bigger plans and the need to innovate. “We have another animated film coming out next year in the summer and it’s an experimental one for the international market. It’s a story about Lahore and it will be released here but is mainly to show the market abroad what our animators are capable of.”

As for 3 Bahadur, a spin-off is likely sometime in the future but for now other animations are taking up her team’s time. “I want to create more characters that are loved for generations,” she concludes.

The News: In the picture