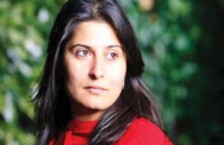 Islamabad: To promote the national blood safety programme in Pakistan, Sharmeen Obaid-Chinoy has been appointed as the ‘Honorary Ambassador for Blood Safety’ by the Government of Pakistan.

The announcement was made by Prof. Hasan Abbas Zaheer, National Coordinator, Safe Blood Transfusion Programme. As ‘Honorary Ambassador,’ Ms. Chinoy will promote the culture of voluntary blood donation especially among the youth besides advocating safe blood transfusions in Pakistan.

Ms Chinoy is the first Pakistani to win an Oscar Award for producing a documentary ‘Saving Face.’ She is internationally acclaimed filmmaker for highlighting women rights. She has also produced documentaries on various health issues including blood transfusion and blood safety. For bringing honor to Pakistan as a filmmaker, Ms. Chinoy has been conferred with the highest civilian award Hilal-e-Imtiaz. This year SharmeenObaid-Chinoy’s latest documentary, ‘A Girl in the River: The Price of Forgiveness’ is one of 5 films world-wide to be nominated in the category of Best Documentary by the Academy of Motion Picture Arts and Sciences. She has also received two Emmy Awards for her documentaries. The Time magazine named Sharmeen Obaid-Chinoy in their annual list of the 100 most influential people in the world for 2012.

Mrs Saira Afzal Tarar, State Minister for Health welcomed the association of Ms. Chinoy with the Safe Blood Transfusion Program which she termed as a ‘Success Story’ and a ‘model to emulate’. The Minister stated that access and provision of safe blood for transfusion to all in the country is one of the government’s major priorities in the health sector.

Ms Sharmeen Obaid-Chinoy was born and raised in Karachi. After completing her A-Levels from Karachi Grammar School, she went to the United States, where she enrolled at Smith College and completed her graduation in Bachelor of Arts.

She then received two Master’s degrees in communication and in International Policy Studies whilst studying as a postgraduate at Stanford University. 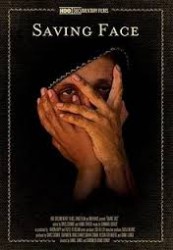