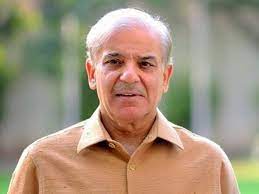 Leader of the Opposition in the National Assembly Shahbaz Sharif on Monday vowed to go against any government efforts to pass legislation related to the Pakistan Media Development Authority (PMDA).

The Opposition leader, speaking to representatives of media organizations, said the Pakistan Democratic Movement (PDM) and the PML-N have already rejected the PMDA.

“We will join forces with all political parties […] and take Opposition into confidence against this black law,” Shahbaz said, adding: “This is a matter of life and death for independent journalism, democracy, and constitutional freedom.”

The Opposition leader said he would also take up the matter of PMDA within his party, as he announced to also hold a consultative meeting with representatives of Opposition and media organizations.

Shahbaz said no party in the parliament will support this “black law” except for the government.

“We will keep highlighting the issue, and maybe the conscience of someone from the government’s bench will awaken,” he hoped, adding if parties worked sincerely against it, then it will be possible to have the proposed PMDA rejected in the Senate.

The Opposition leader claimed no other regime had gagged the media, like the incumbent Prime Minister Imran Khan-led government.

“If any other government had imposed such restrictions, it would have been overthrown.”

Shahbaz said the media was well-informed about the hatred and lies that have been spread during the last three years, as he highlighted that during the same period, unprecedented restrictions had been imposed on media.

The Opposition leader said he would stand by journalists in their struggle for independent media in the country, as he informed the meeting participants that he would try “everything he can against the government’s proposed PMDA.”

The PML-N president said the curbs imposed on media in the last three years have unemployed scores of journalists.

“Freedom that media has gained is not a gift from anyone […] media has made great sacrifices for the freedom of expression,” the Opposition leader said.

“Unfortunately, when Imran Niazi was part of the Opposition [before his party came to power] he was media’s blue-eyed boy.”

Rejecting a report by the Human Rights Watch (HRW), Pakistan’s embassy in Washington on Wednesday insisted that the proposed Pakistan Media Development Authority (PMDA) will “ensure the media’s freedom, empowerment and promotion in the country”.

In a statement, the Pakistani embassy said that the government was considering setting up the PMDA to meet the current challenges faced by the country.

The government is holding consultations with all the stakeholders over the matter, the embassy said, adding that Islamabad has “no intention to bring an ordinance” in this regard.

It is not true that the bill was kept secret, the Pakistani embassy added.

HRW, in its report, said that “as part of its crackdown on freedom of expression”, the government is seeking broad new powers in the garb of the proposed PMDA.

According to the report, the proposed legislation would bolster the powers of the government to censor and restrict the media.

“The government claims an ordinance setting up the PMDA would replace the ‘fractured’ regulatory environment and ‘fragmented’ media regulations currently in place. The proposed PMDA would bring all media in Pakistan — print, television, radio, films, and digital media — under one regulator,” said the report.

The proposed law would grant new unchecked powers to the government-controlled PMDA by setting up special “media tribunals” that will have the power to impose steep fines for media organizations and journalists who violate its code of conduct or publish content it deems to be “fake news”, the report added, citing journalists, human rights activists, and lawyers.

The HRW report stated that the proposed law would also increase government control by allowing government officials to be appointed to key positions.

“The government has kept the final draft of the PMDA law and the entire drafting process secret, raising further apprehensions among the media and civil society groups. The government has undertaken no meaningful consultative process on the law,” it further said.

On August 20, key stakeholders of media and civil society completely rejected the “draconian” government proposal to create a new authority to regulate the entire spectrum of the country’s media sector, as well as its attempt to “wrongly claim support for it.”

“The proposed establishment of the Pakistan Media Development Authority (PMDA) by merging all existing media and sundry regulators and repealing major media-related legislation is unacceptable because this entails bulldozing existing structures and mandates for the purpose of addressing government concerns rather than reforming them,” the statement had said.