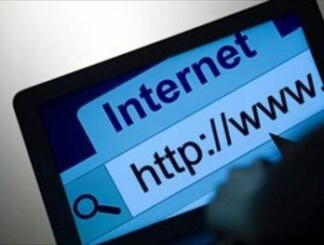 KARACHI: In a move that is likely to reignite the debate over internet censorship in the country, Pakistan Telecommunication Authority (PAT) has included many conventional and porn-free websites in a list of domains to be blocked as part of its drive against pornography.

In January, the telecom sector’s regulatory body directed internet service providers (ISPs) across Pakistan to block smutty and pornographic websites and provided the latter with a list of 429,343 domains that needed to be blocked.

The renowned American microblogging and social networking website Tumblr.com sits on top of the aforesaid list. Tumblr.com is not the only decent website on the government’s radar. The PTA’s list includes scores of ‘non-objectionable’ websites without any traces of pornography. A quick scan of the domains indicated that several photography, ecommerce, blogging and business websites were also included in the list, which was originally meant for smutty websites only.

Susancarter.blogspot.com, a blog on iPod accessories; Lucyislawless.com, a website for wedding rings; Abshopping.com and aceofhearts.com.au, ecommerce portals; Bodypolitics.com.au, a public relations website; Wingodingo.com, a logical gaming website; Phoenixmedia.com, a print business; Michaelpaulphotography.com, a private photography website; Clearsong.com, a record company and Spinnernetdesigns.com, an online fabric stores are only a handful examples from an array of domains that are not smutty or pornographic in nature yet present in the PTA’s list.

The PTA issued this particular directive to the ISPs in the wake of a January 12 order by the Supreme Court – a copy of which is available with The Express Tribune.

The order’s scope does not go beyond smutty, obscene or pornographic websites. The PTA, too, said it has been asked by the apex court to ‘take remedial steps to quantify the nefarious phenomenon of obscenity and pornography that has an imminent role to corrupt and vitiate the youth of Pakistan’.

However, the inclusion of non-objectionable websites in the PTA’s list – already shared with the ISPs for blocking – concerns rights organisation that have reservations over the entire process and fear internet censorship by the government.

“The last time PTA filtered out obscene content, they took down a website of a start-up by the name of hometown. Earlier, PTA also took down Instagram briefly because it had ‘pornographic content’ and breast cancer research was unavailable on PTCL at one time,” said Farieha Aziz, director of Bolo Bhi, a rights organisation.

Lack of clarity on how one can have a website restored if blocked mistakenly or for the wrong reasons also poses a problem.

Access to networks, such as Xbox Live, PlayStation Network and Game Ranger was denied in February, 2014, according to Bolo Bhi’s website – and that happened without any reason or explanation offered to the public who believed that the blockade was accidental. Similarly, access to the popular Internet Movie Database (IMDB) was blocked in November 2013. Though the ban was lifted, there exists no official explanation on why access to the IMDB website was blocked.

It is the historical context of internet censorship in the country that remains a subject of much debate and inclusion of non-objectionable websites in the PTA’s list has raised many eyebrows. The Express Tribune shared its queries with the PTA a week ago but no response was submitted till the filing of this report.