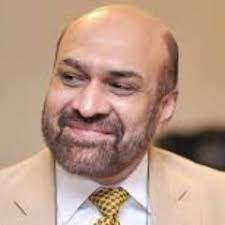 On February 10, the journalist was released on bail. According to Attorney Ejaz Basra the court denied federal prosecutor’s request that Razi will be held without bail.

According to his son Usama, some plain clothed men entered their residence in the morning of February 9, 2019 pushed his father into their car and fled away.

The journalist was held under cybercrime act for sharing defamatory and hateful posts on his social media account of Twitter against the judiciary, intelligence agencies and government institutions of the country.

Speaking to Pakistan Press Foundation (PPF), Afzal Butt President of Pakistan Federal Union of Journalists (PFUJ) said that they have called on the government and law enforcement agencies to immediately look into this matter and release journalist Rizwan Razi, else PFUJ will hold country-wide protest.

The Vice-President of Punjab Union of Journalists (PUJ) Amir Suhail while talking to PPF said such acts are an attempt to curb freedom of speech in the country.

Senior Pakistani journalist Nadeem Malik on his twitter account posted, it is an extreme amount of repression to abduct a journalist. No law would ever justify such acts of using the brute force to silence media.

The PUJ along with Lahore Press Club (LPC) staged protest demonstration led by the President of LPC and condemned the arrest of journalist.