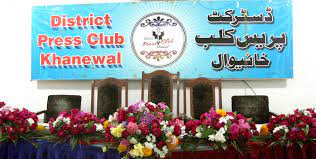 District Information Officer Salman Khalid monitored the whole election process. In their victory speech, president Sajid Pervaiz and general secretary Rana Saleem said, “We will try our best to work for the betterment of the journalist community. They thanked members of district press club for their trust and confidence reposed in them.